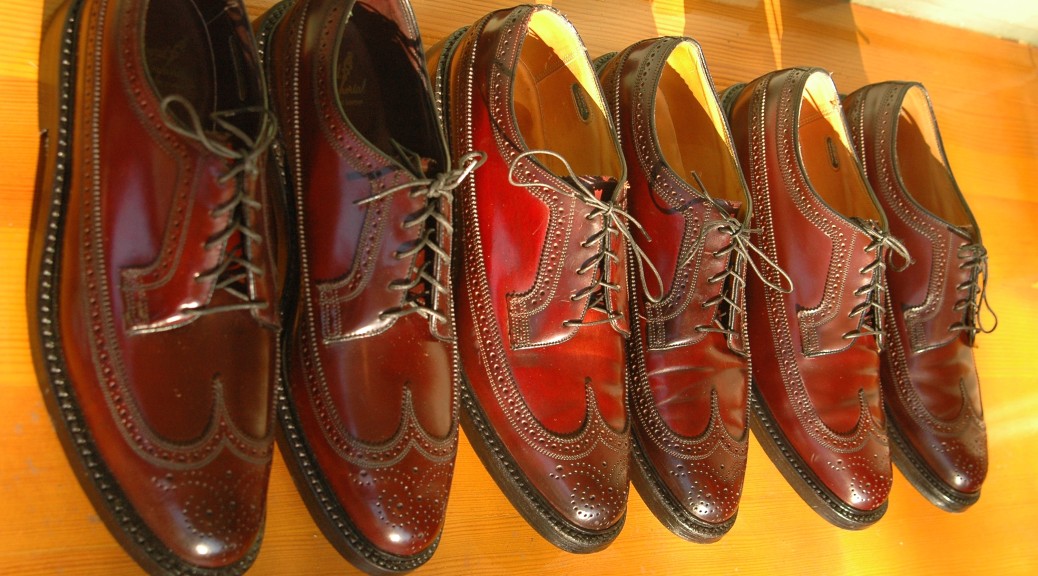 A sunny fall day in Seattle? Its a perfect time to take some photos of three vintage Florsheim shoes. This trio includes two shell cordovan Imperials Kenmoors (model 93605) and one never worn Royal Imperial (model 97626). I believe all three were made in the 1980s. For you Alden fans, these are basically the same shoes as the Alden 975.

[Edit: sometime after this post, I found out that Florsheim actually used Horween Color #4, not Color #8] 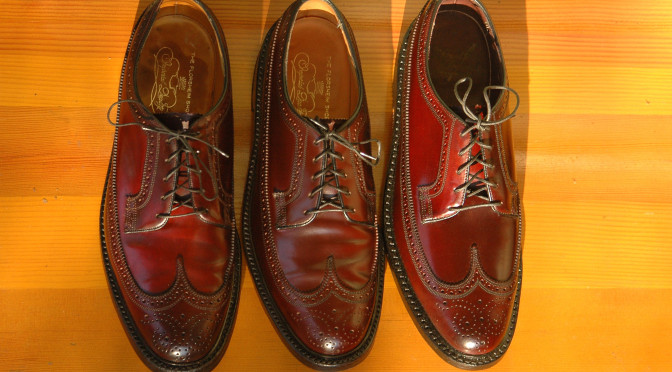 The yellow sun highlights the differences in the shell cordovan colors. One of Imperials has developed a splendid, warm patina while the other Imperial is a consistent burgundy color. The new Royal Imperial has some subtle differences in color. 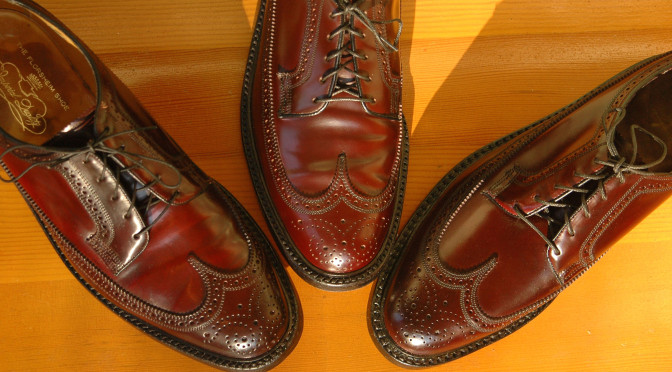 Florsheim listed the color of these models as brown. BROWN.

Why do I have threes pairs of basically the same shoe? Originally, I was going to sell two of them but they are hard to part with. Someday. Or maybe not.

Below are more photos. Enjoy. And check out my guide to buying a vintage Florsheim Imperial 93605. 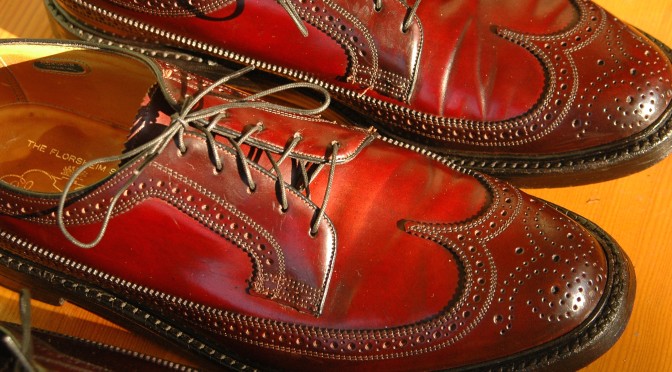 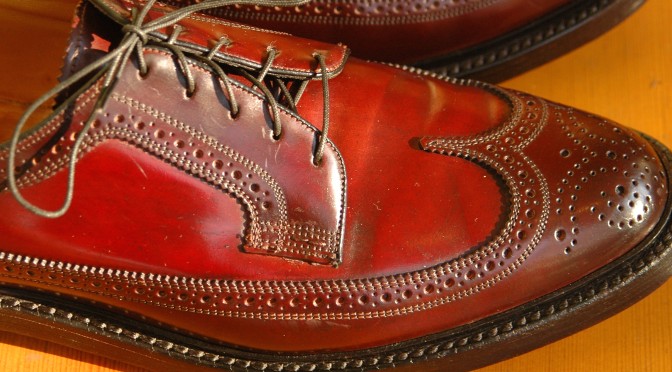 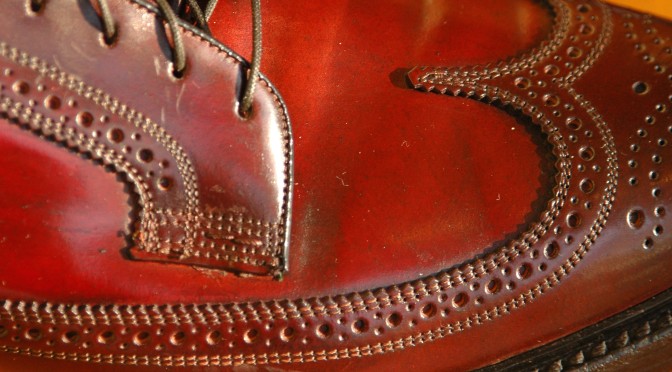 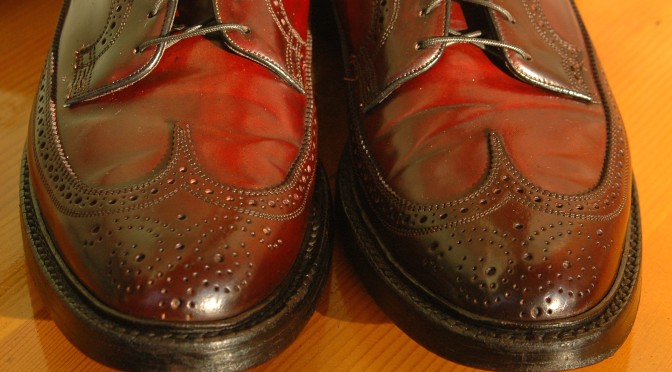 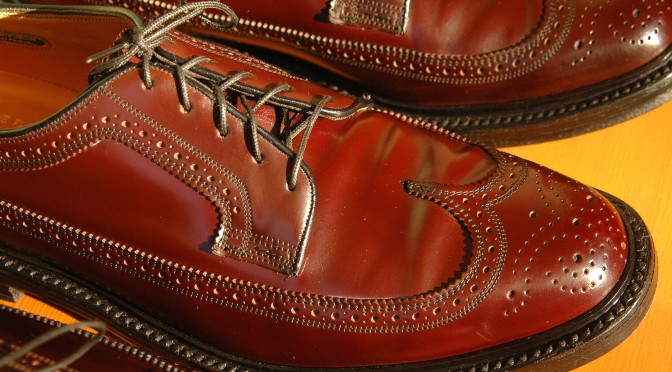 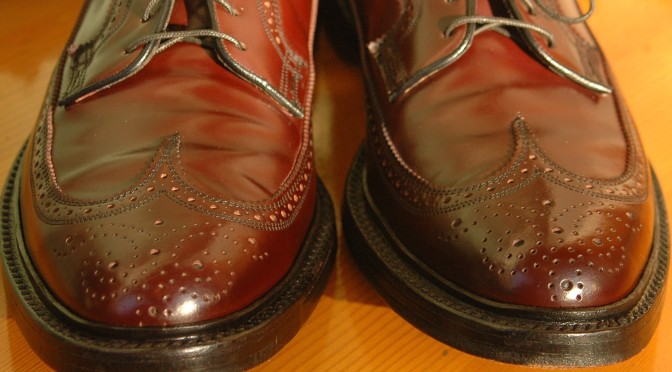 Comparison of the two Imperials: 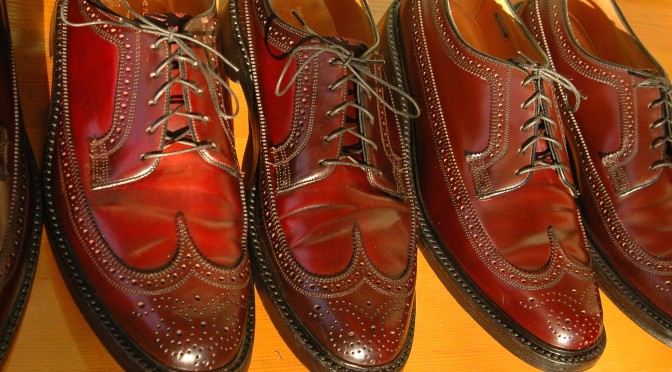 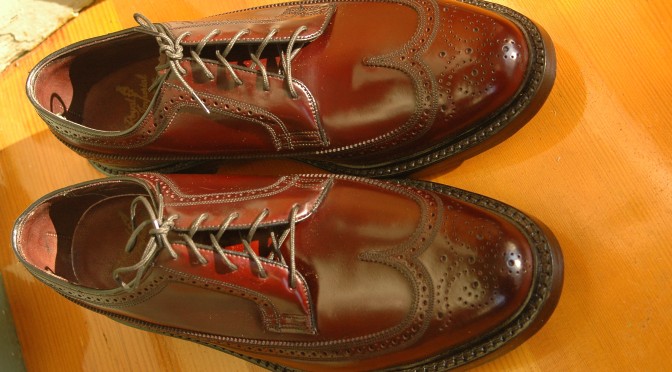 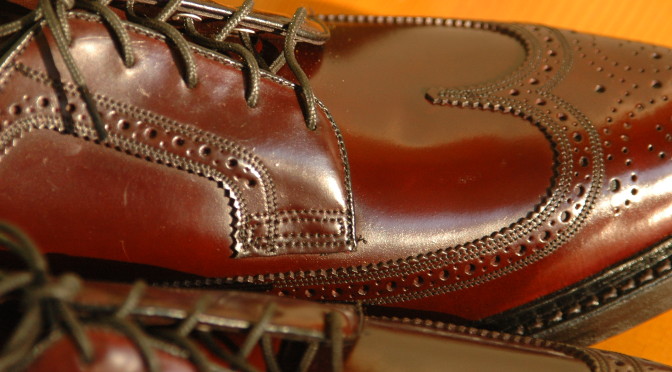 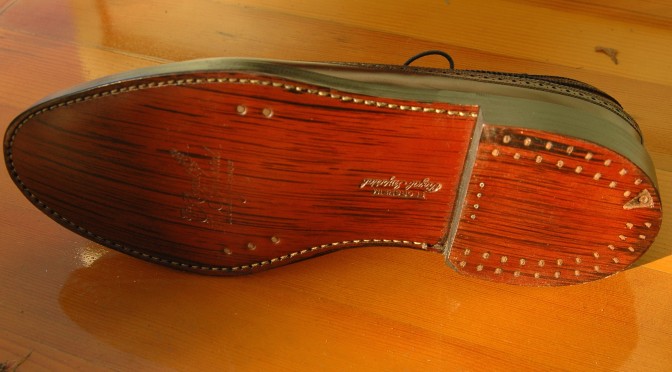