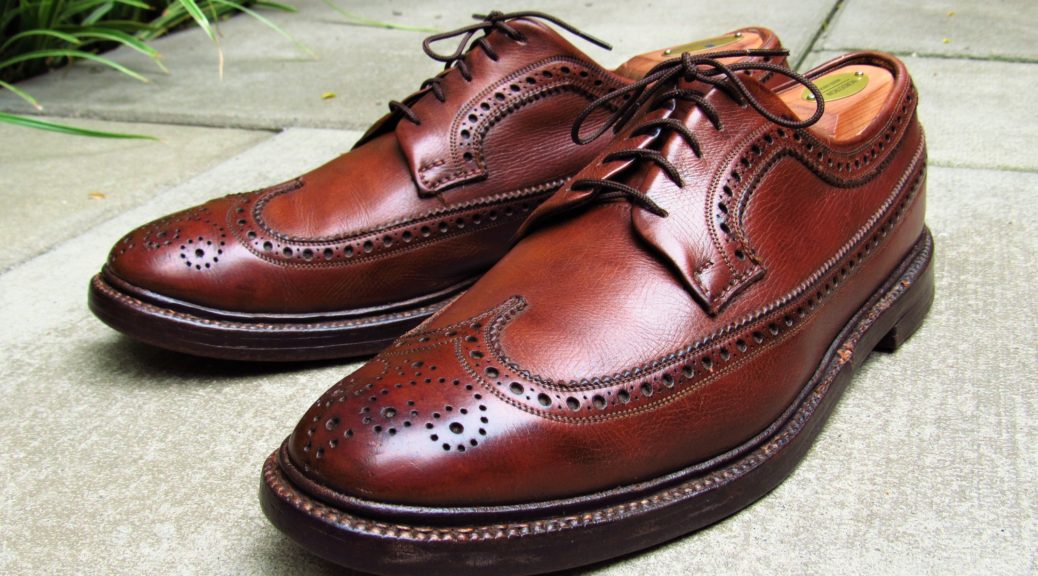 If you read this blog regularly, you will have noticed that I have remained silent on which candidate I will support in the US Presidental general election. Its not that I am without knowledge on the candidates because I do briefly scan a few headlines in the news between my sessions searching shoes on eBay. Unfortunately I haven’t seen either candidate tackle the main issue I care about – the shortage of reasonably priced, quality vintage shoes in size 11.5.

Even without addressing this vintage shoe gap, I wouldn’t be surprised in the coming months if Hillary or the Donald reach out to me directly to help them get votes from the massive vintage shoe community. And when they do, let me just say, I can be bought. “Influenced” is probably a better term. What would influence me? Money, gifts, shoes (of course), or even a cool position or title. Maybe Hillary could host my blog and email using her home based hosting services. That would save me some money. And I have heard rumors of Trump renaming the USA to the “Kingdom of Trump” and dividing up the states into fiefdoms controlled by his kids. If true, being the “Viceroy of Ivankastan” sounds like an appropriate title for me. I could then wear “Royal Imperial” shoes every day. I like that. Yes. 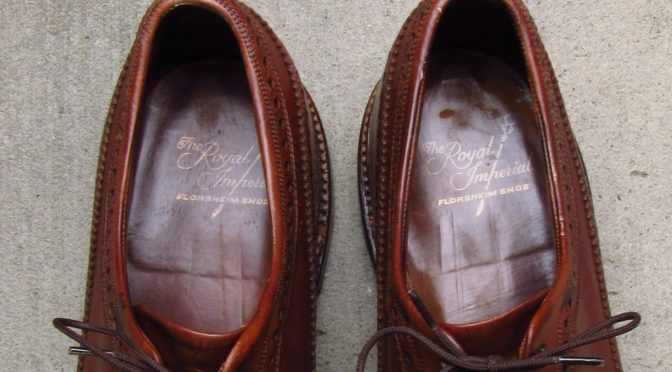 I have written about this Royal Imperial 97604 model in the past. The problem was, they weren’t my shoes. They were owned at the time by a seller on Etsy. The pair in this post is owned by me but they were in rough condition when I bought them off eBay. This is how they looked when I pulled them out of the box: 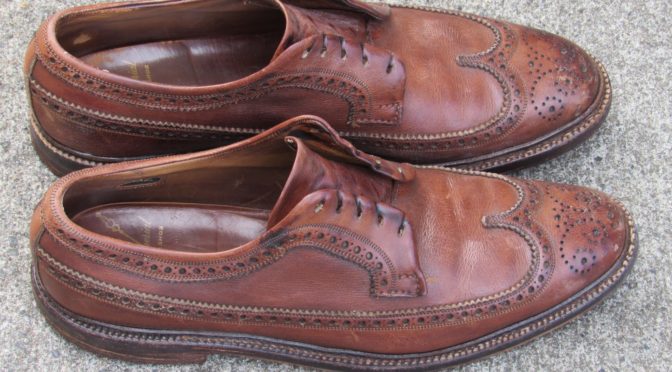 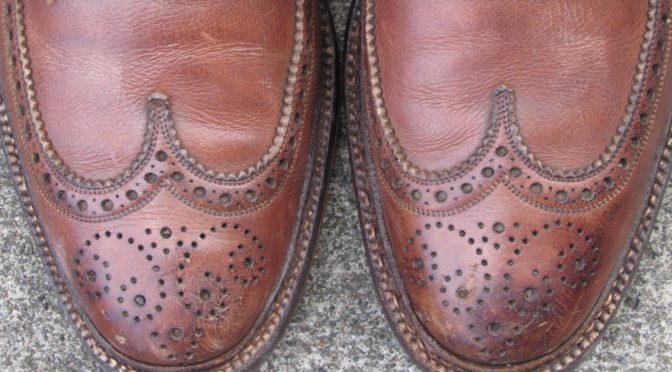 The leather was dry but not cracking. There were a few stains. The soles had been replaced and the welt stitching was a bit rough in areas. The toes were beaten up with a number of deep scratches and cuts into the leather. Not great condition but I have seen worse. 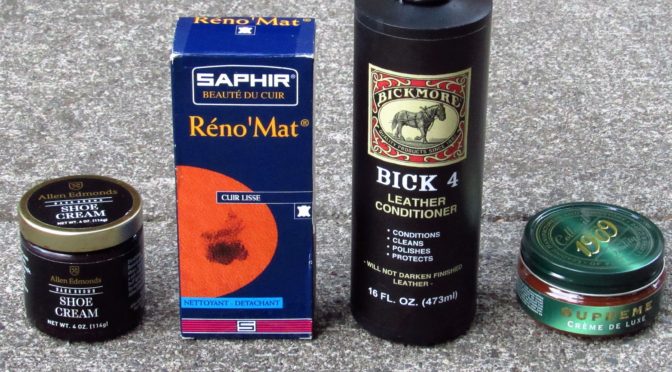 The shoes were somewhat misshapen so I gave the shoes a dunk in water to straighten them out. It took a few days to dry out. I don’t normally soak shoes but it helped these (look at the last photo below without shoe trees).

I used Reno’Mat to clean the shoes. It removed a few spots but the large stain on the outer left shoe remained. After cleaning, I conditioned the shoes with Bickmore “Bick 4”. A few people on StyleForum recommended it and I have used it on a few shoes. It reminds me of Allen Edmonds Leather Lotion. It works well and doesn’t leave a sticky film on the shoe. The leather feels soft and a bit cool to the touch after it soaks in.

These were the shoes after cleaning and conditoning. Better but they still had a ways to go. 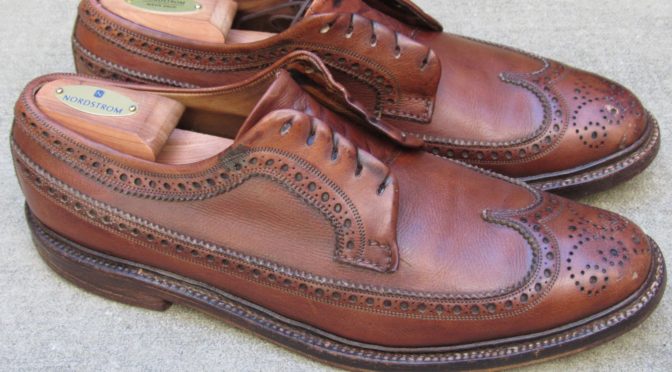 For polish, I used Collonil 1909 Medium Brown. This product is made in Germany and is a high pigment cream. It’s a redish brown and that color seemed perfect for these shoes. After I applied the cream and buffed the leather, the shoes had a rich, warm brown color. 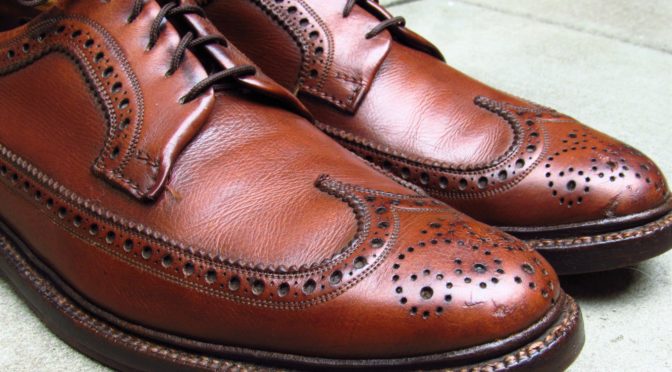 The toes area improved but still looked beaten up even after the Collonil cream. 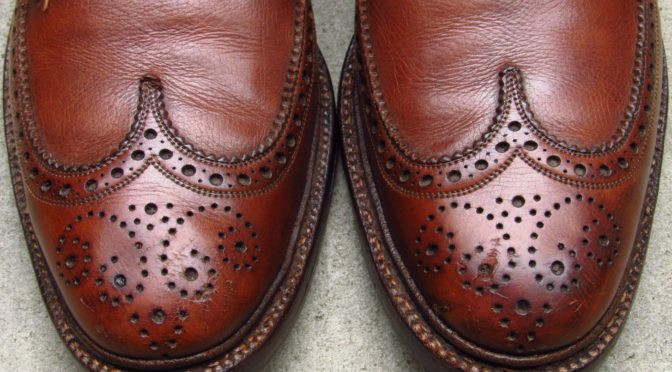 I decided to darken the tips of the shoes and used Allen Edmonds Dark Brown Cream to do so. I have used the product in the past and it works well. Its another high pigment cream. I applied a few rounds of the AE cream to the tips of the shoes. I couldn’t do anything about the deep gouges but the darkened tips were an improvement.

Here were the finished shoes: 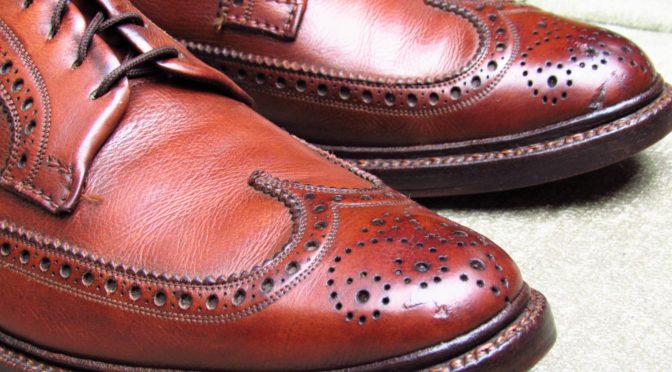 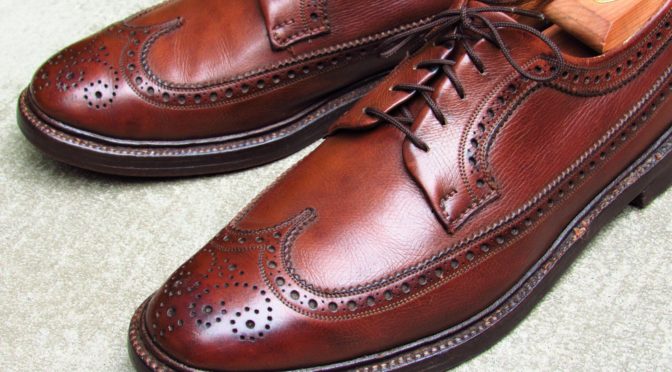 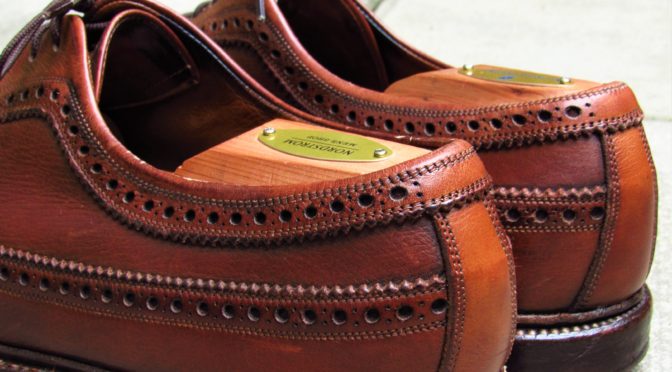 This is the 97604 next to a similar sized Imperial 93602 so you can see the differences in the models. 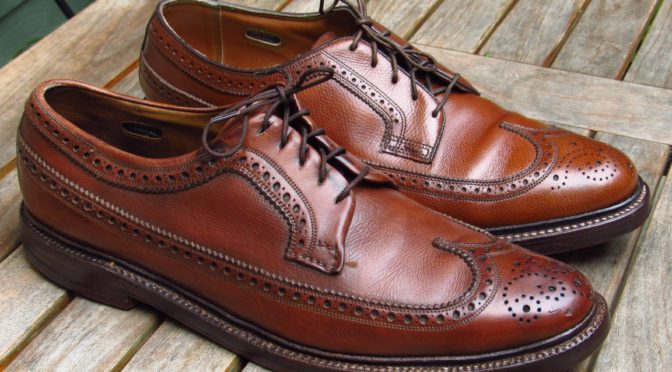 I was happy with the overall results. I would be happier if this pair were my exact size. No doubt, the Donald or Hillary will fix that.