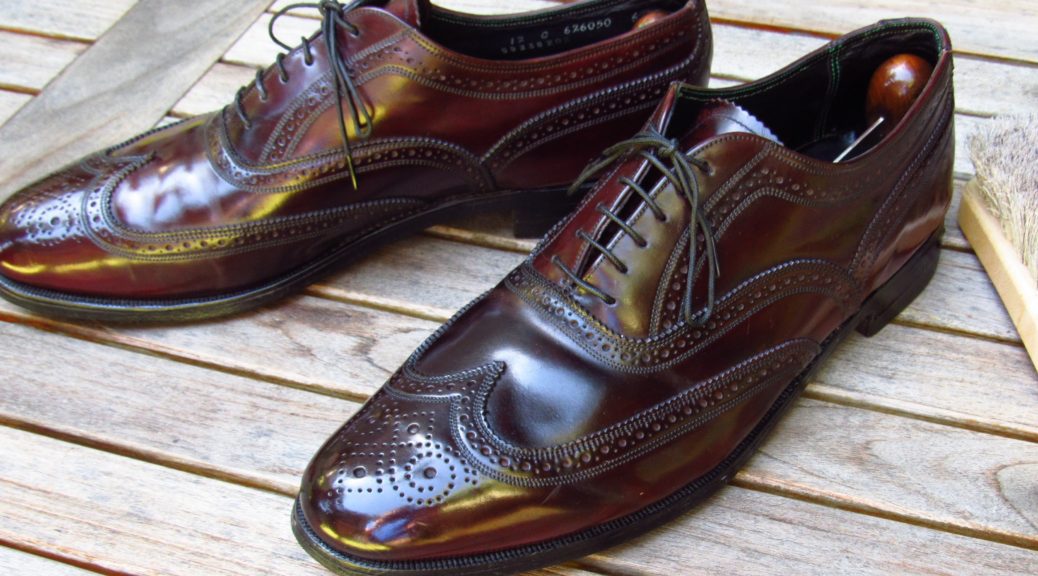 Heading to work the other day, my mind was obviously on shoes. And business. And shoes again. And then doughnuts. Because I love doughnuts. And shoes. And business. Of course. Sometimes a very kind person at my office will bring in doughnuts. Usually on Friday. But it was Tuesday. I thought, if I thought positive thoughts, the thought of doughnuts might enter the thoughts of this person. Positive and powerful thoughts. I needed to channel Tony Robbins. Exude confidence. Chin up, chest out, shoes polished. Today is the day. Doughnut day.

When I entered the office kitchen, there were no doughnuts. Just aging apples and bananas. I was disappointed. I explained my disappointment to the two women coworkers in the kitchen at the time. They were not sympathetic. One asked me why I didn’t just buy a doughnut. The other agreed and then double downed by saying I should have bought doughnuts for the whole office. Logic can be annoying when it is deployed to assault your positive and powerful thoughts.

I thanked them for their sage comments. I grabbed a glass and filled it with free, sanitized, on demand water from the office water dispenser and headed to my desk. My head was still up and my shoes were still polished. Tomorrow will be the day. Yes.

Today is a day for a pair of vintage shoes. It usually is. Unless it isn’t. This pair is rare pair of Florsheim Imperial Shell Cordovan wingtips. 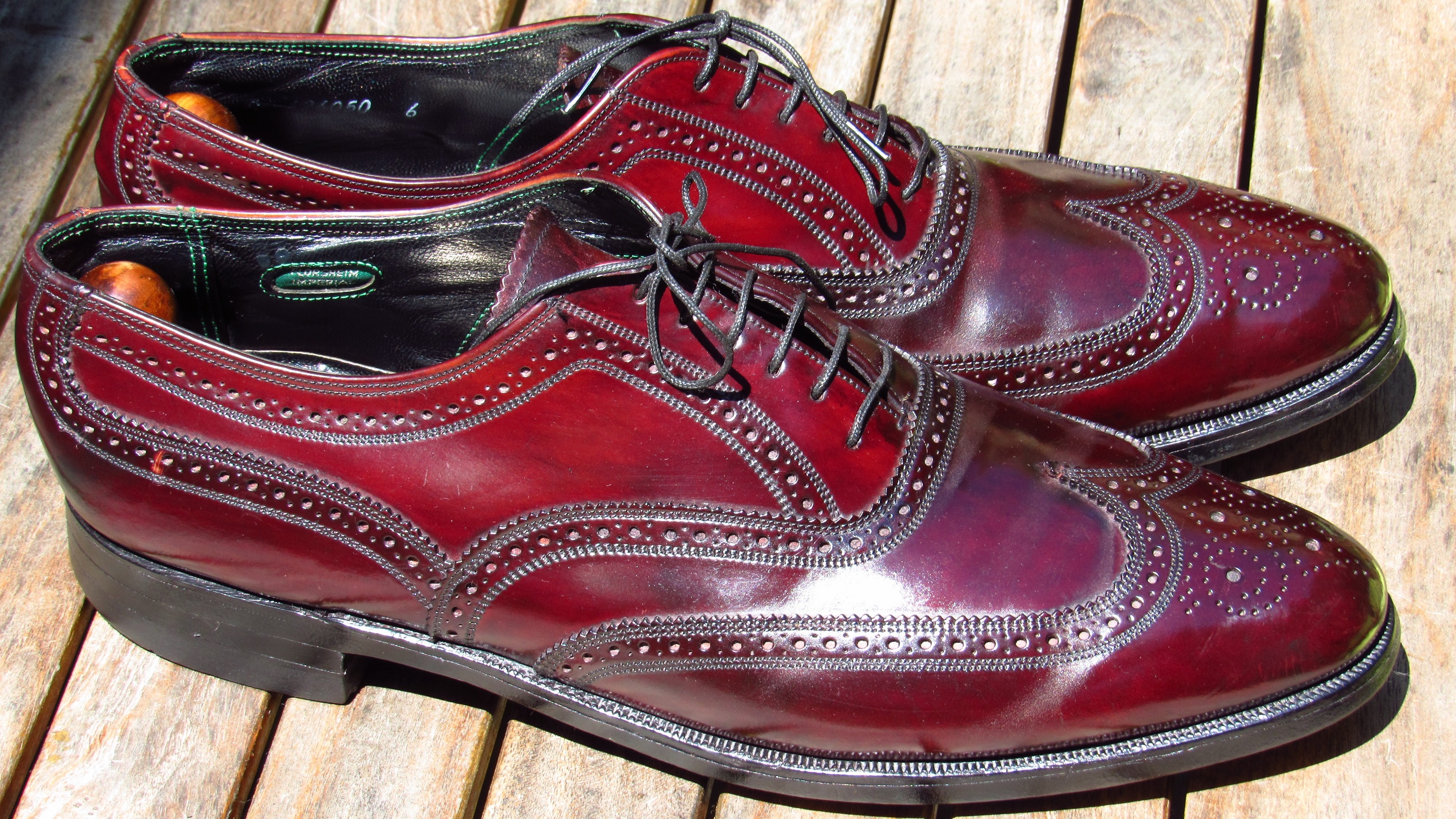 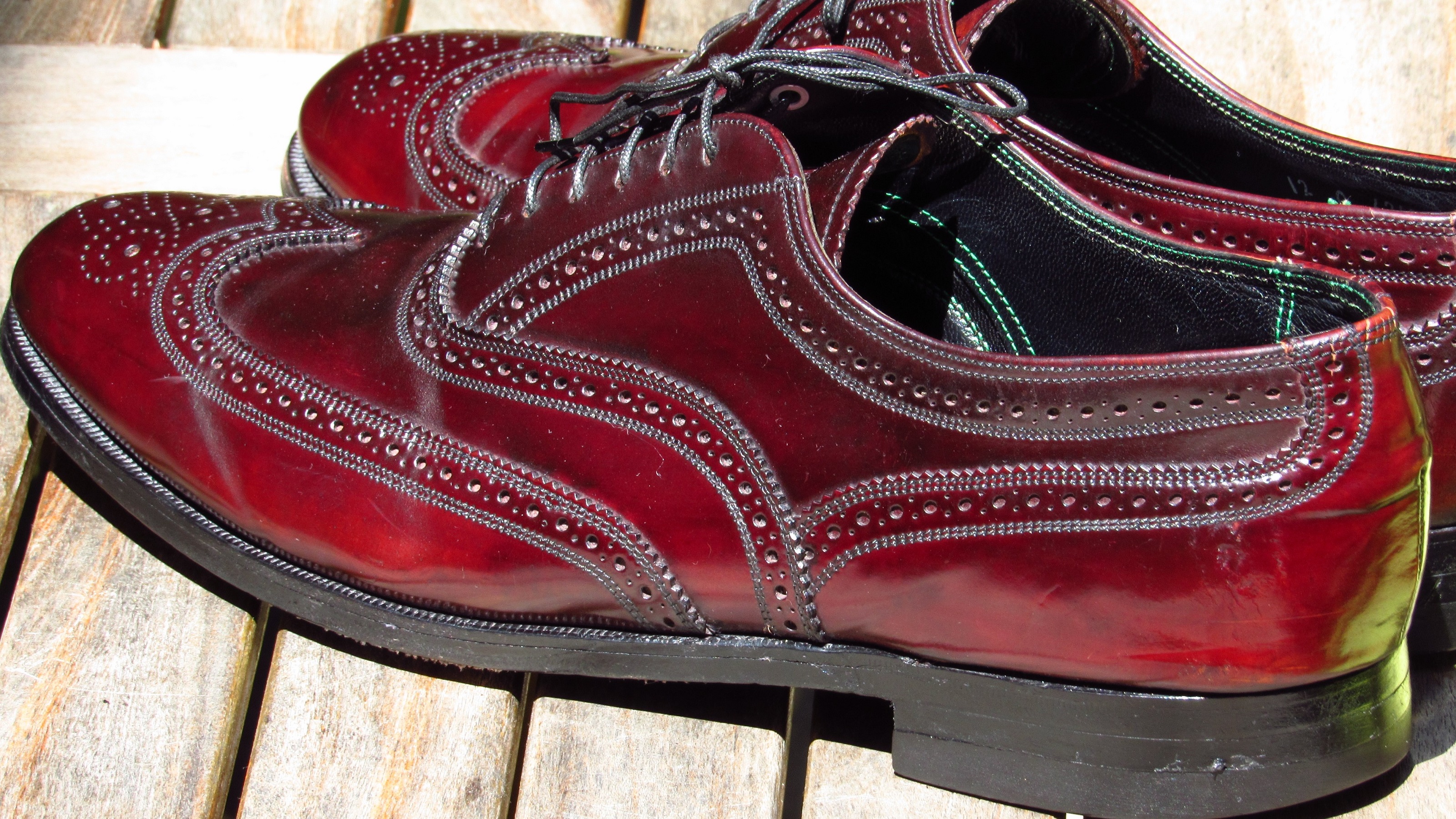 Alden and Allen Edmonds still makes Shell Cordovan wingtips. This Florsheim design is more like the Alden 974 than the Allen Edmonds Cambridge. The wingtip Balmoral is a classic style but I prefer a cap toe for dressy occasions and a long wing for casual wear. Which is almost every day. 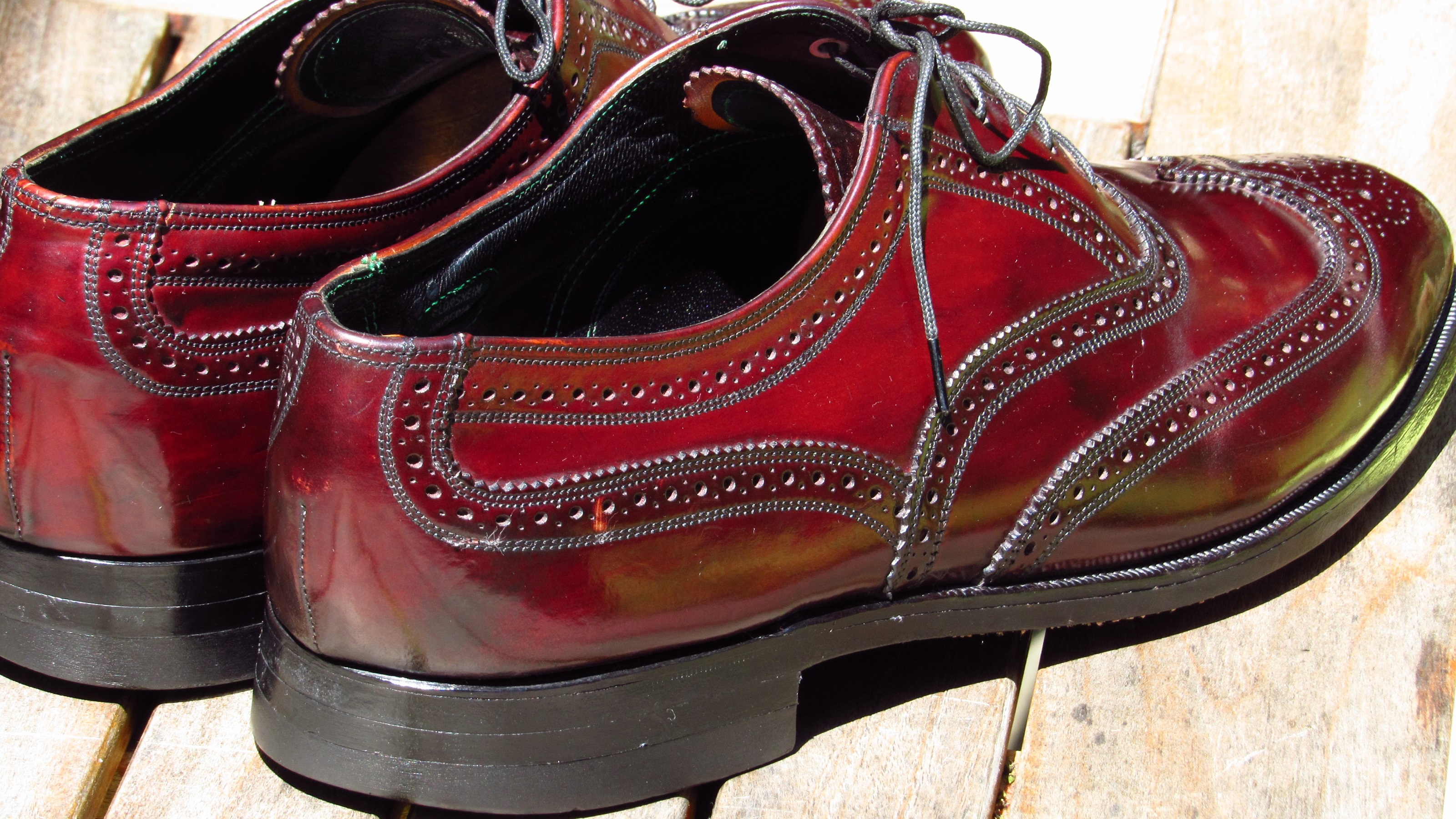 Shell Cordovan is a bit of an obsession in the USA. It seems like European manufacturers only produce shell models to sell in America. I could be wrong. Is it a practical leather? No. But it looks great when shined. It can have a depth of color not found on any calfskin leather. But it is fussy and requires a lot of maintenance. So it’s good looking and fussy. Most men can tolerate anything fussy if also good looking. 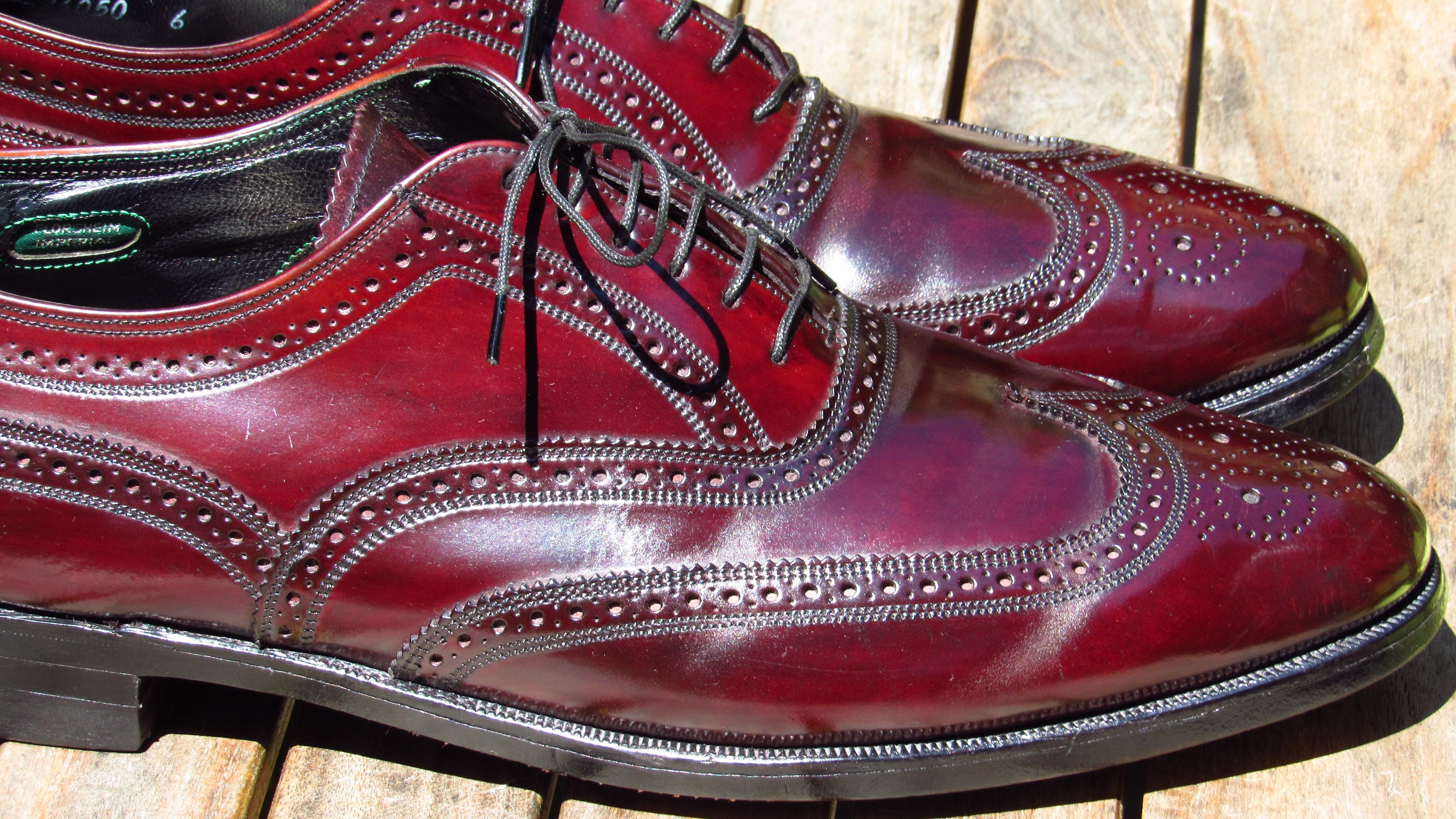 Doughnuts are another favorite in the USA. And every American loves them without exception. Pretty sure. I looked it up and apparently the doughnut was invented by a Dutch American. Good for us. Unfortunately, I also found out that Americans did not invent wingtips, Shell Cordovan, shoes or horses. Another American disappointment. Like the New York Knicks. 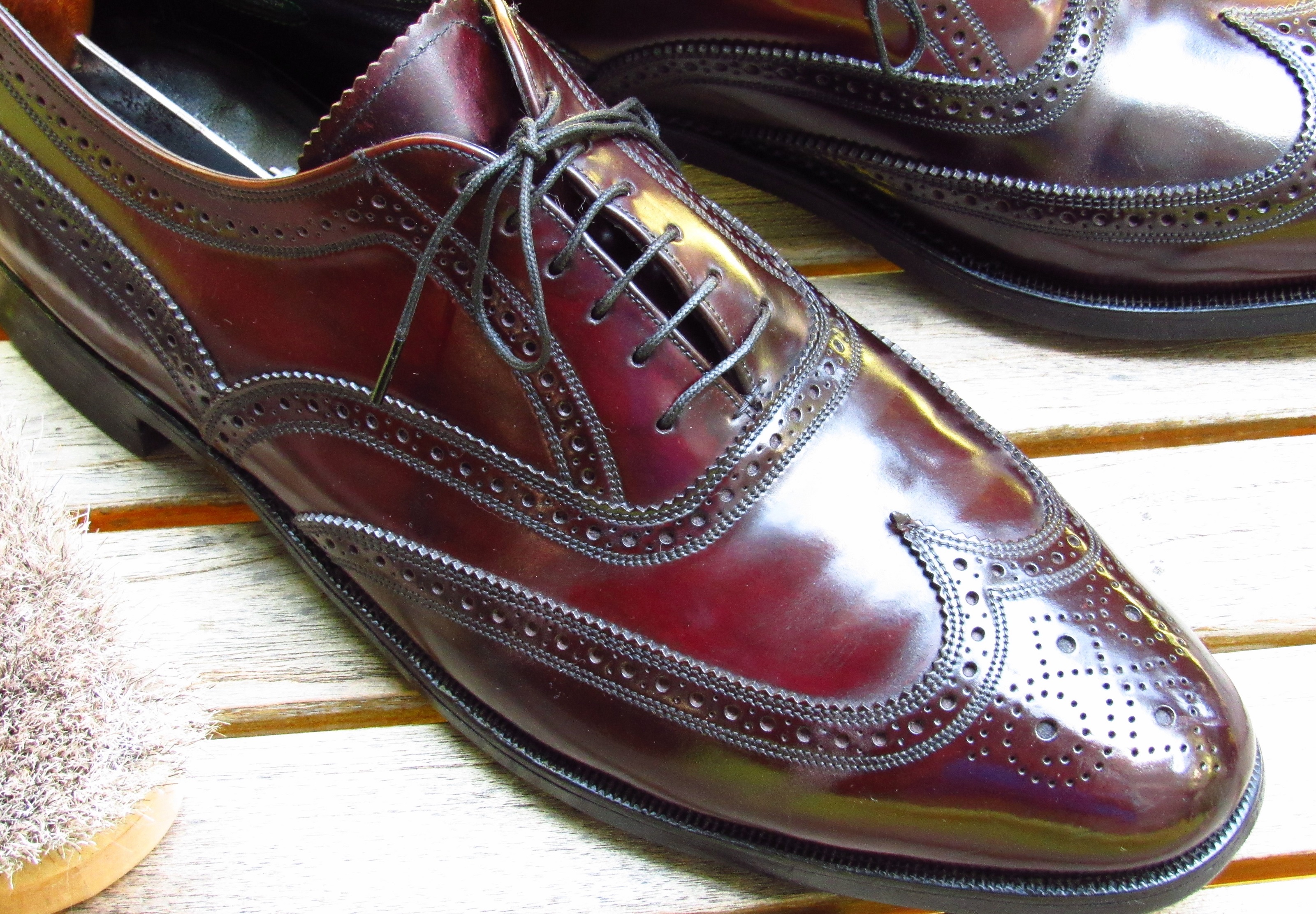 This pair was likely made in the 1980s. It must have been produced in a special run because it doesn’t have a regular model number listed on the inside. The shoe construction is quite nice. Its fully leathered lined and the black lining has cool green stitching. I normally wear a 11.5 D or 12 C but this 12 C runs long. Almost too big. 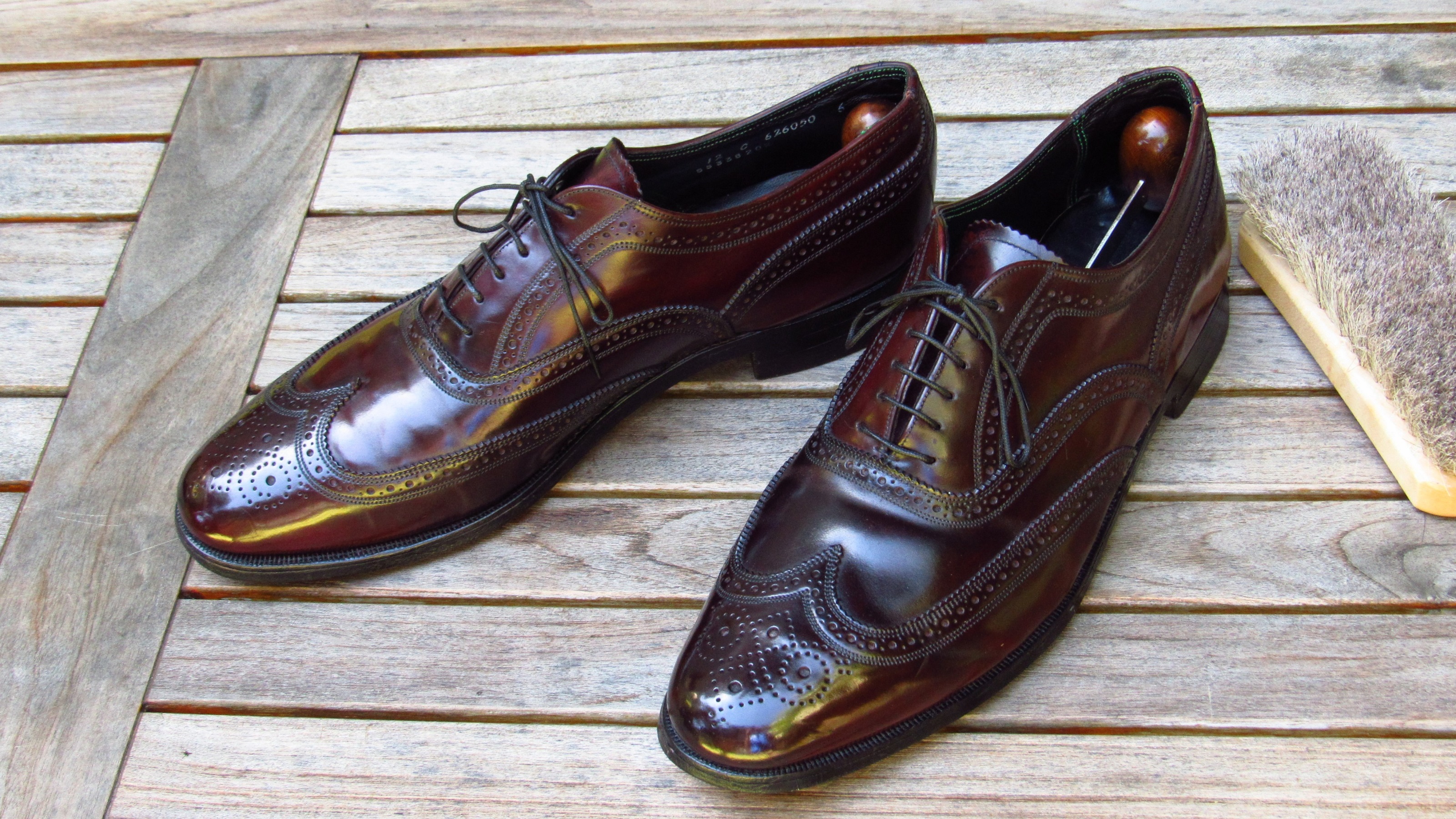 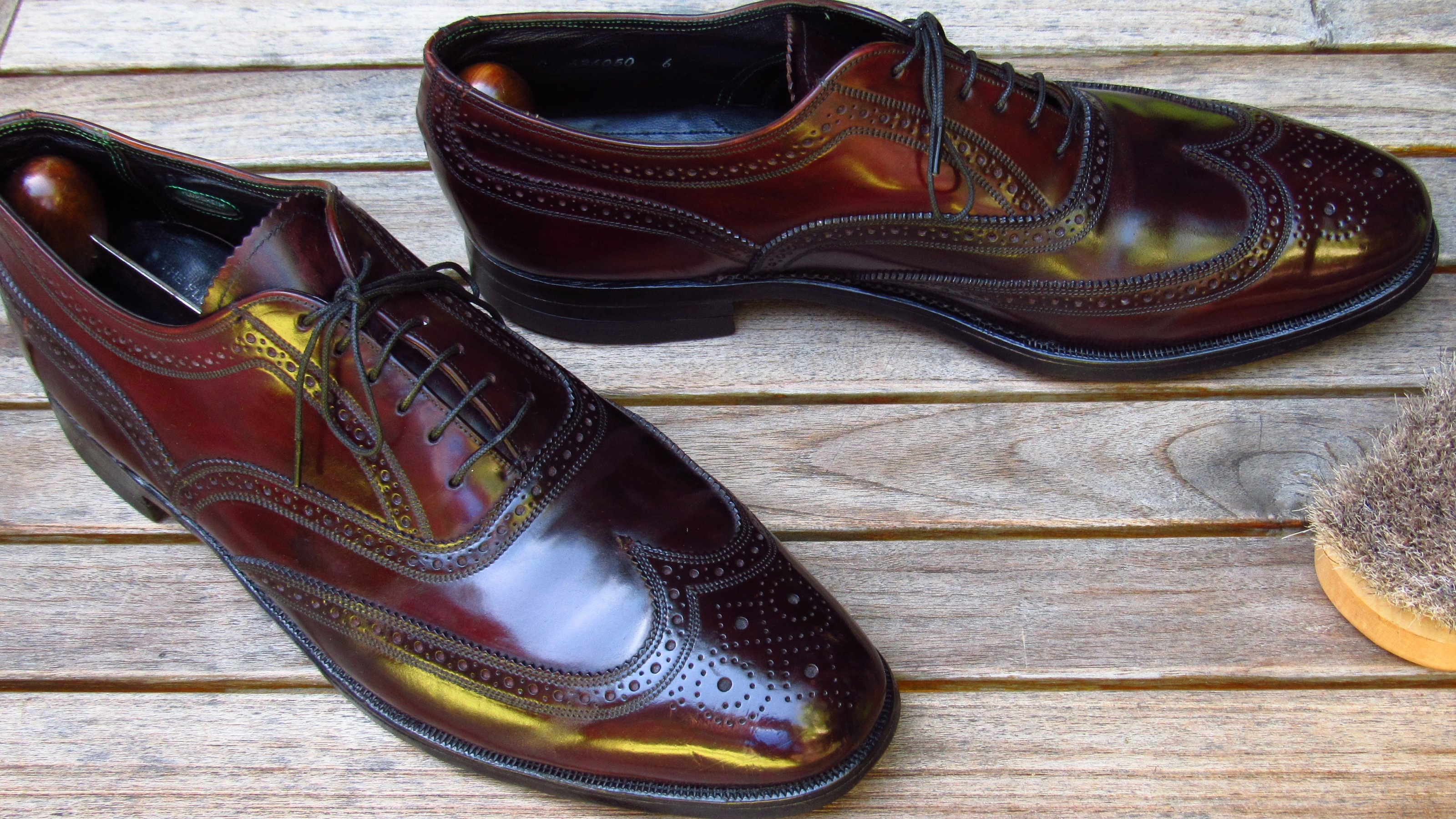 I took a few photos of the shoes in the full sun and shade to highlight the shoes color. The shoes were in very good condition when I bought them. I just cleaned them with a damp cloth and a good brushing. I conditioned and polished the pair with both Venetian Shoe Cream (first) and Colonil 1909 Creme Supreme neutral (second). 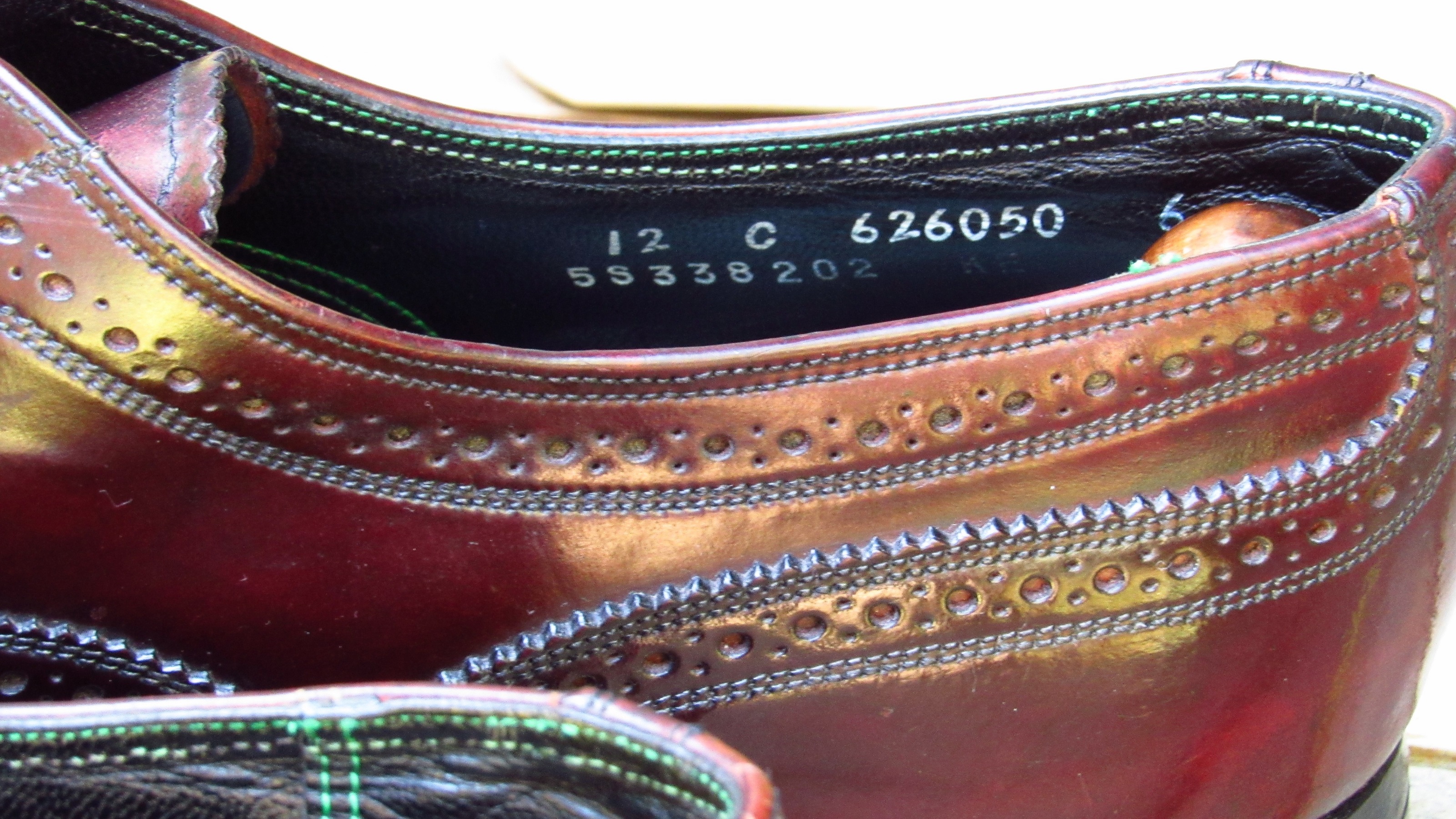 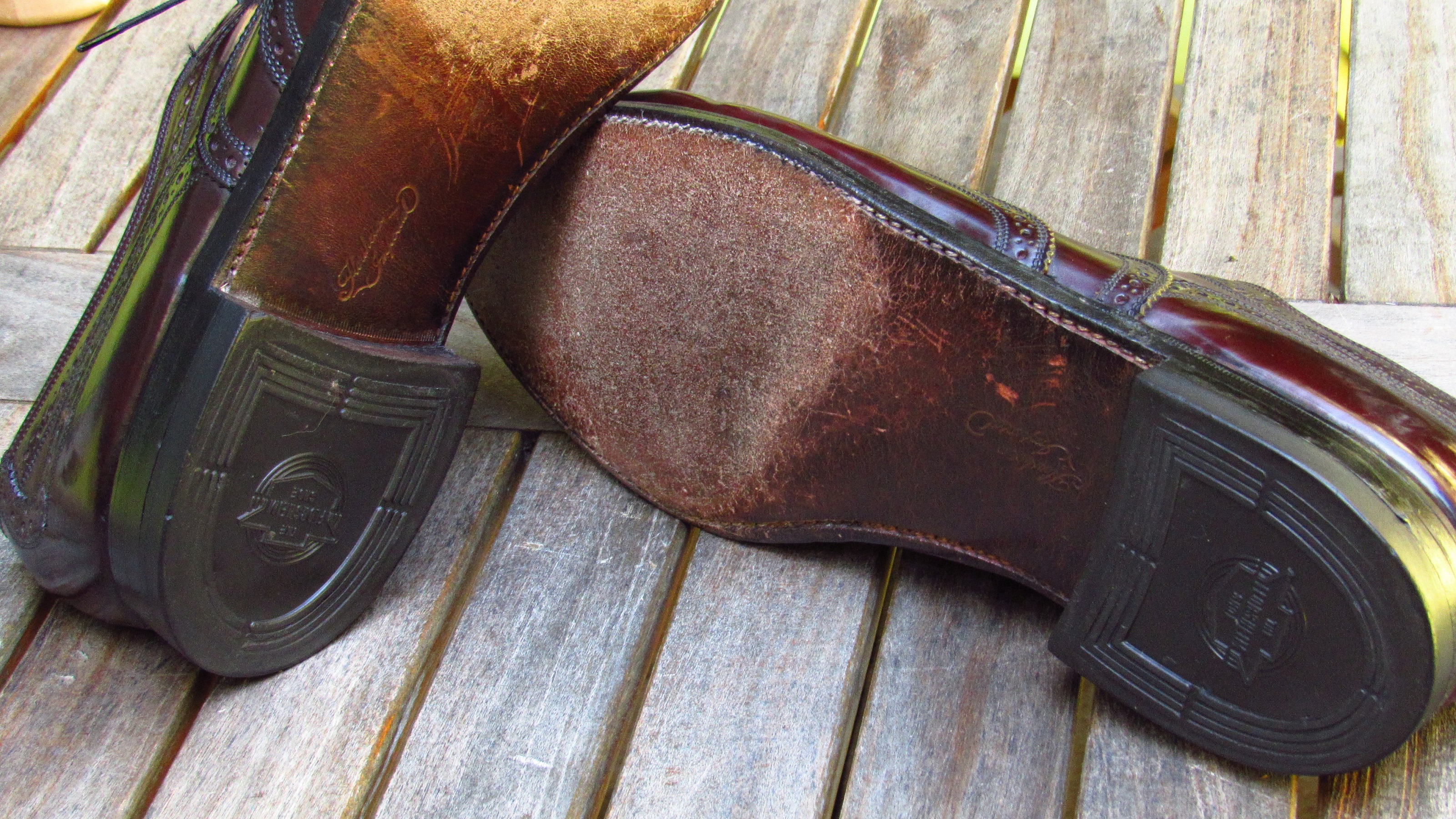