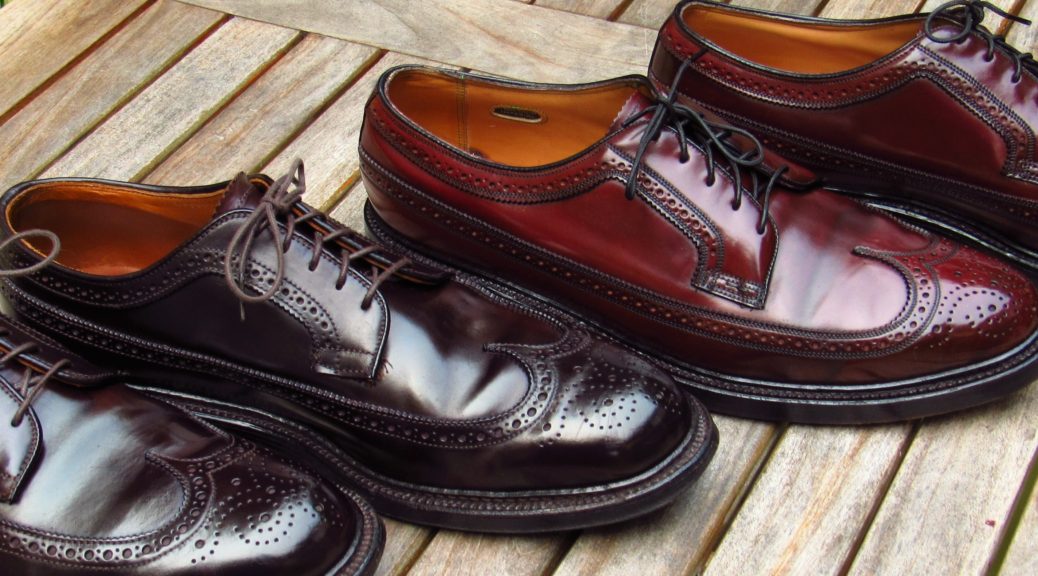 The full solar eclipse is occurring tomorrow. I am going to be in Salem, Oregon to watch (witness?) it. Wearing long wings of course. I have heard the traffic is going to be terrible because thousands of people will be coming into the area. And what could go wrong when you get a big group of Americans together? I have been training for the event by looking at the sun daily. Acclimating my eyes. Actually, have some eclipse glasses. They are made of cardboard and plastic. High quality obviously. Hopefully the glasses work and I don’t suffer the same fate as McBain.

Recently I had a shoe buddy ask me on StyleForum to do a comparison between a pair of Alden 975 and Florsheim Imperial Kenmoor 93605. Luckily, I have both pairs. And luckily, I wasn’t asked to compare vintage disco platform shoes. Lucky, lucky me. 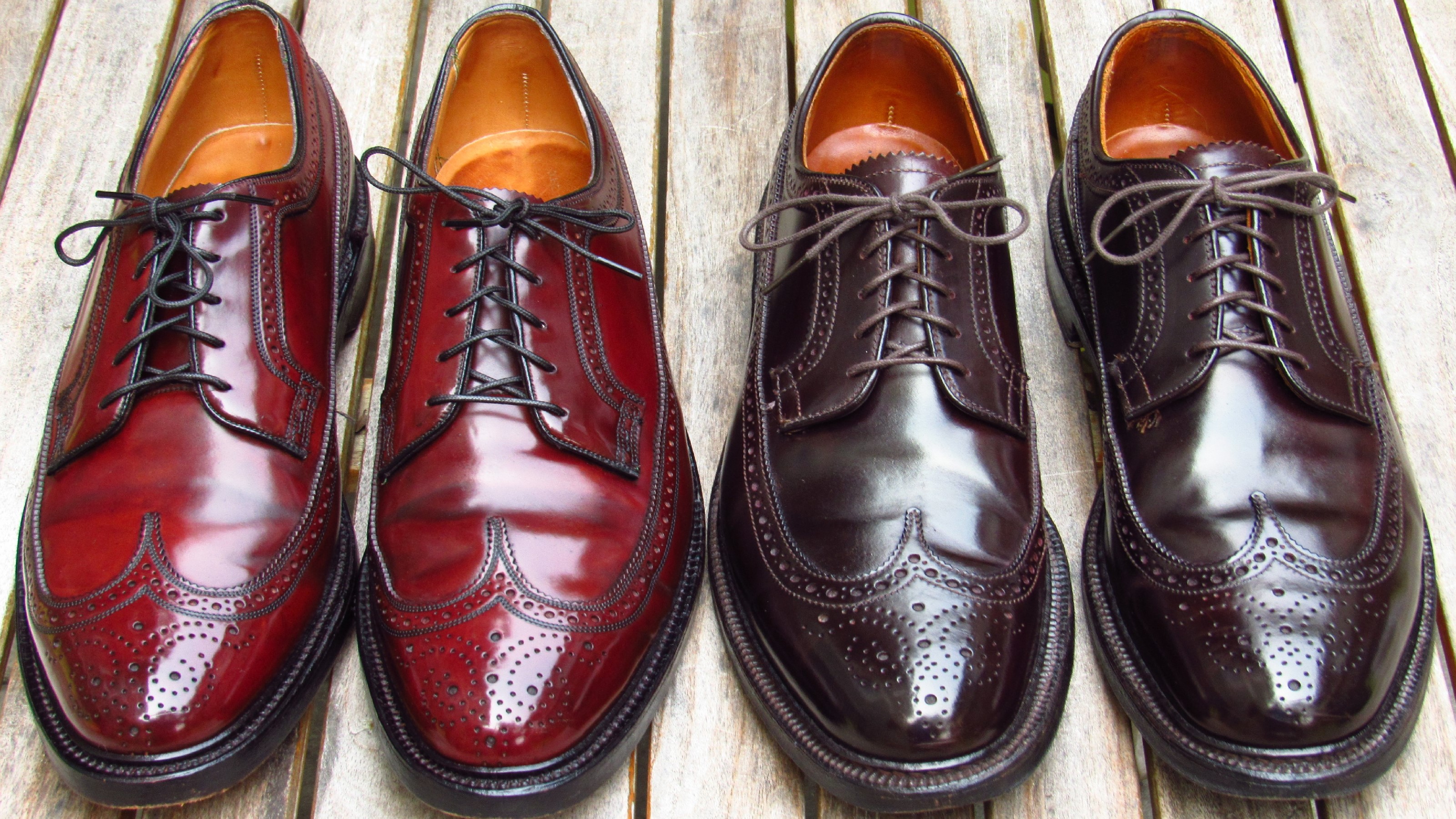 The guy was looking to buy the Alden pair and wanted some information on sizing. He definitely doesn’t need another pair of shoes. I have seen his Instagram feed. But I understand the need for one more pair. The men most obsessed with shoes are the men that are least satisfied with the shoes they own. The prospect that a better pair exists drives them. So we keep looking. 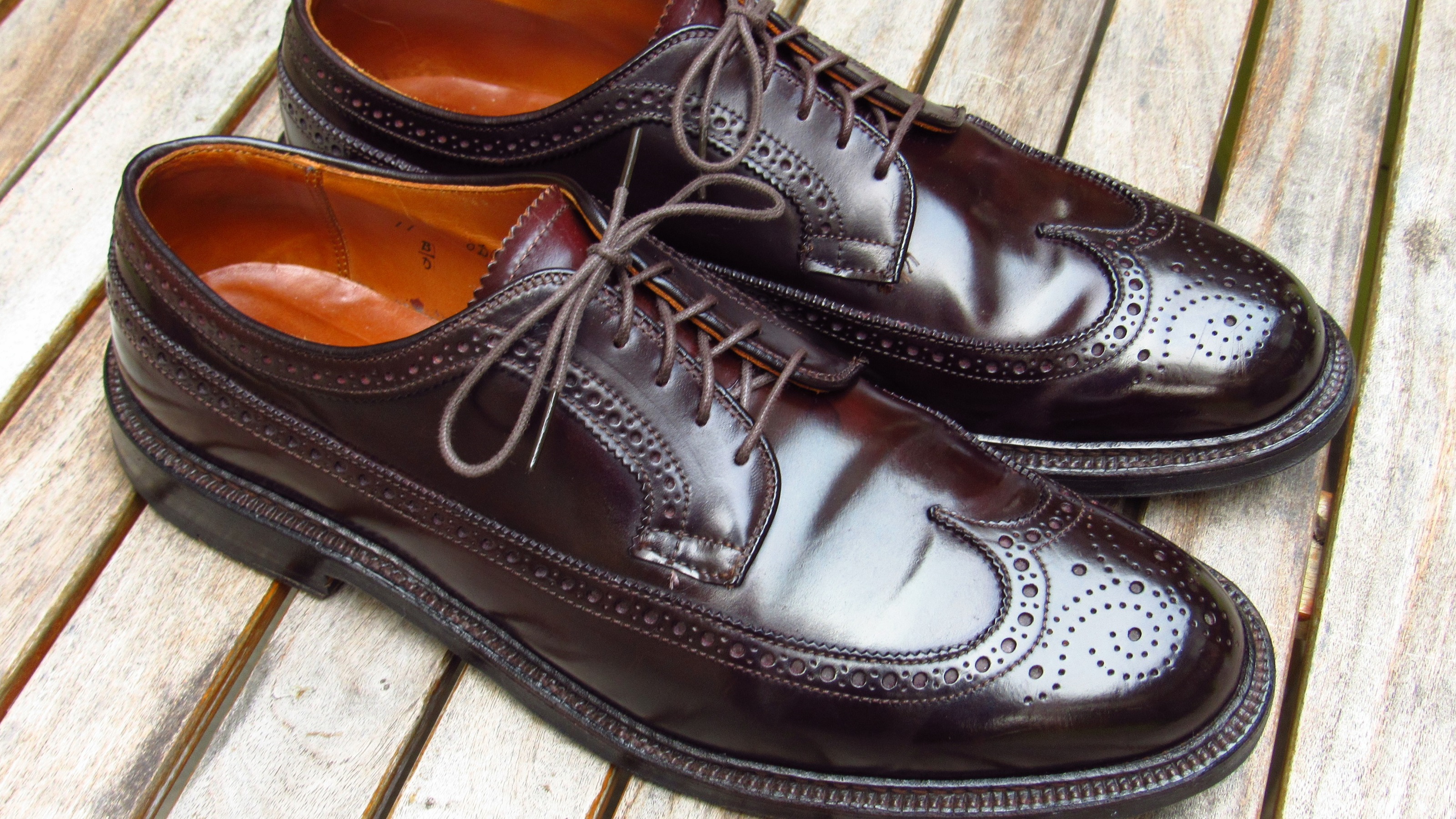 According to the Alden of San Diego site, the 975 was introduced in 1958. If you live near an Alden store, you can still walk into the store and plunk down $750 and buy a new 975 pair. Or two pairs (I won’t tell). The model style and construction does not appear to have changed over the years but I haven’t handled a vintage pair. The Alden 975 has a Horween color 8 Shell Cordovan upper and a Goodyear welted double leather sole. It has a leather heel with leather and rubber combo toplift. The shoe is fully leather lined. 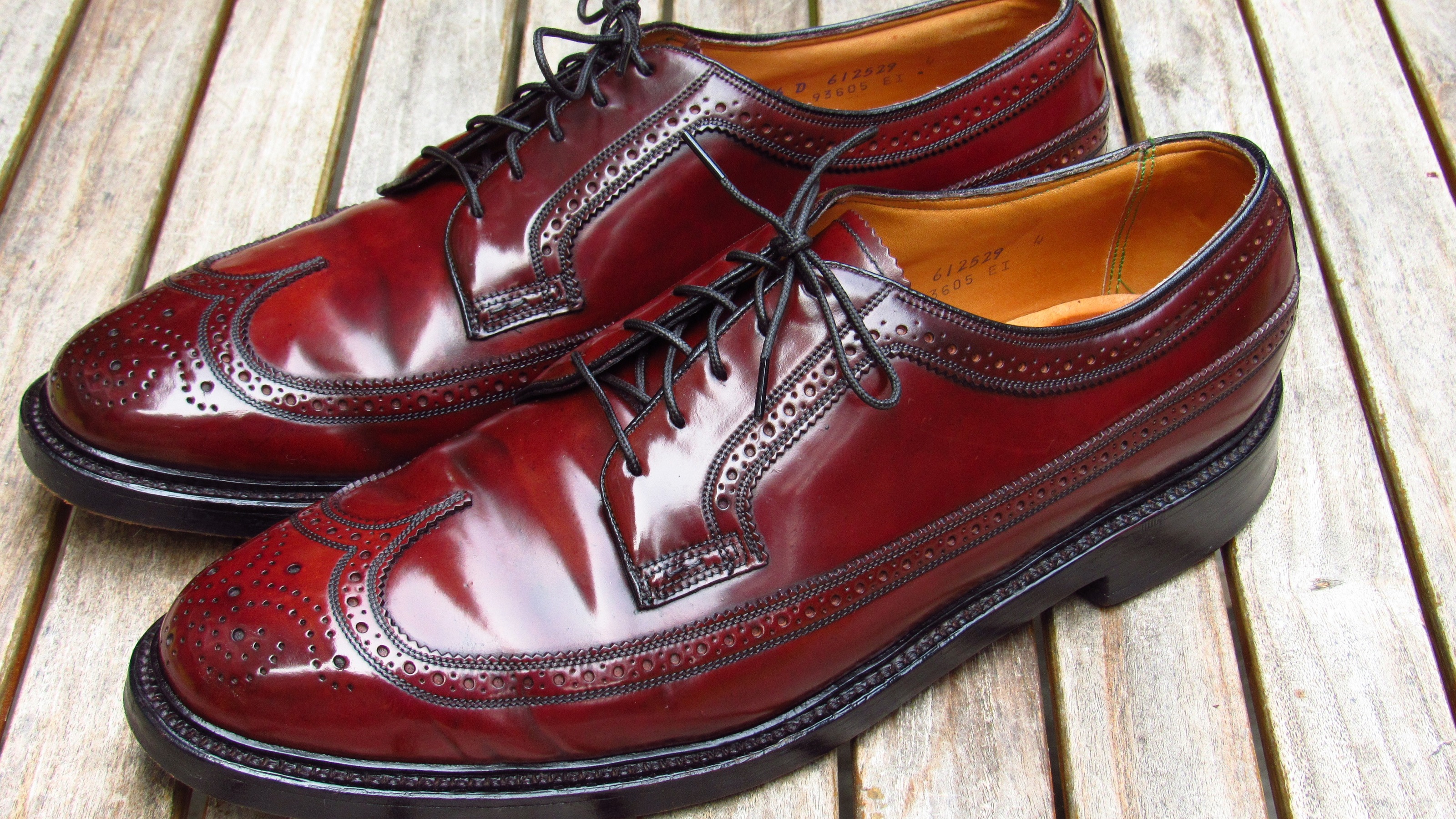 Florsheim similarly introduced the 93605 in 1957. Florsheim manufactured the model for 30 years until it was replaced by the nearly identical Royal Imperial Kenmoor 97626. The 97626 was made until about 2000. Since its no longer made, buying a Florsheim 93605 is tough. Pairs are commonly for sale on eBay but this requires patience to find a new or nearly new pair (see my buying guide). The model has similar construction to the Alden 975: Horween shell cordovan upper; Goodyear welted double leather sole; and full leather lining. The Alden and Florsheim have identical medallions which is something I hadn’t noticed before. A couple differences: Florsheim used a long wearing leather/steel heel with v-cleat; and according to research by Ashland Leather, Florsheim used Horween color 4 and treated it to appear darker. 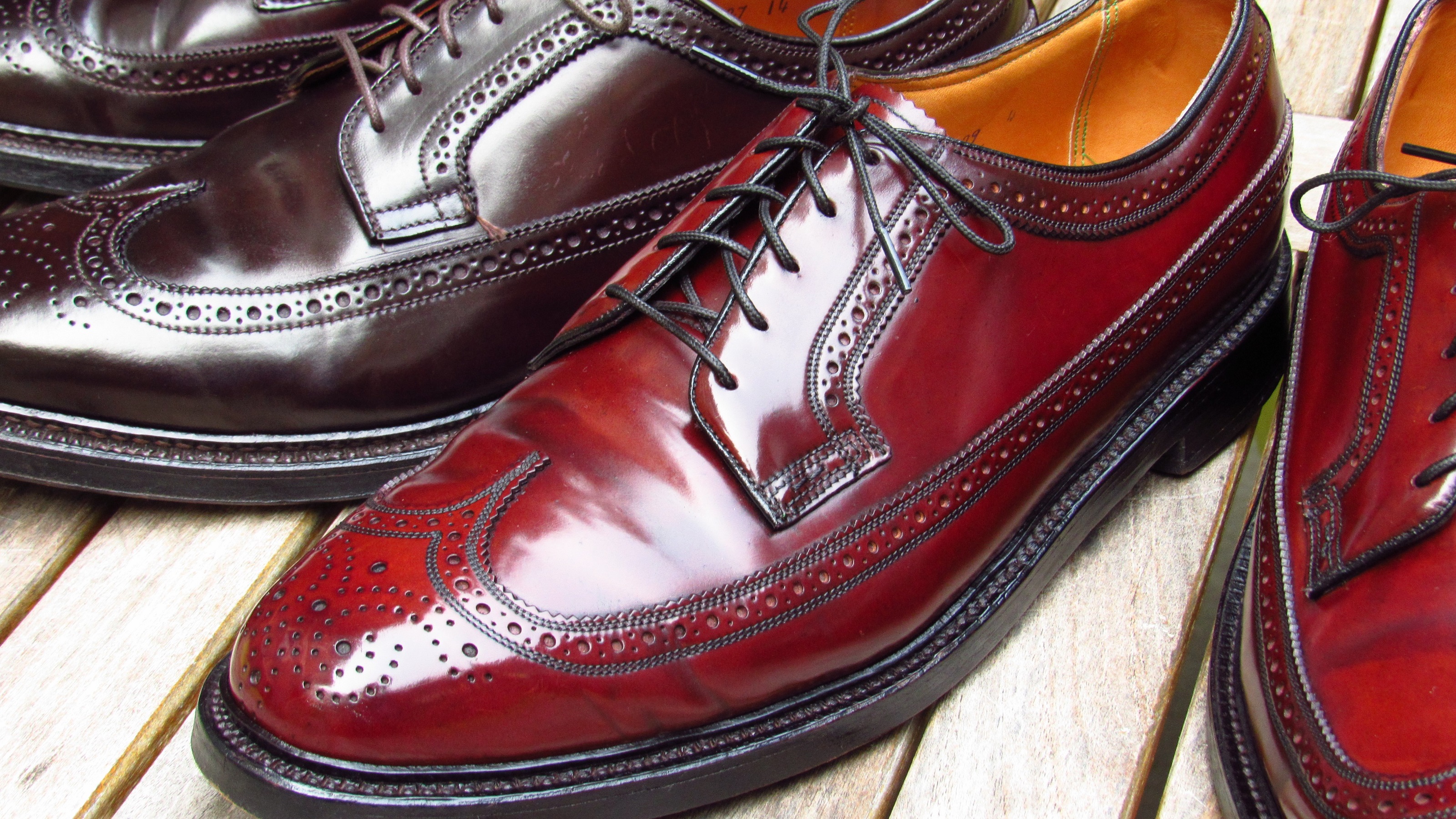 The 975 uses the Alden Barrie last which runs about a half size larger. I normally wear a 11.5 D and wear a 11 D in the Barrie last. When adjusted for the last sizing, the two shoes have nearly identical measurements:

I wore both pairs a couple times in the past two weeks. They are both comfortable shoes. The Alden shank is more noticeable and the 975 feels like it has less flex than the Florsheim. The Alden has better traction than the Florsheim due to the superior grip of rubber but I didn’t have any issue with the Florsheim v-cleat other than on smooth surfaces. You notice gravity. Or gravity notices you. I change the way I walk on a surface like marble. I … am … much … slower. But I still was able to run to catch a bus one afternoon in the Florsheim. I wouldn’t recommend that though.

The color of the shell is obviously the most noticeable difference between these shoes. My 93605 is on the lighter range for Florsheim shell pairs. Eggplant or burgundy/brown is a more common color for the 93605. Below I have included a late model Florsheim Royal Imperial 97626 (far left), and Hanover LB Sheppard 2351 for color comparison (far right). 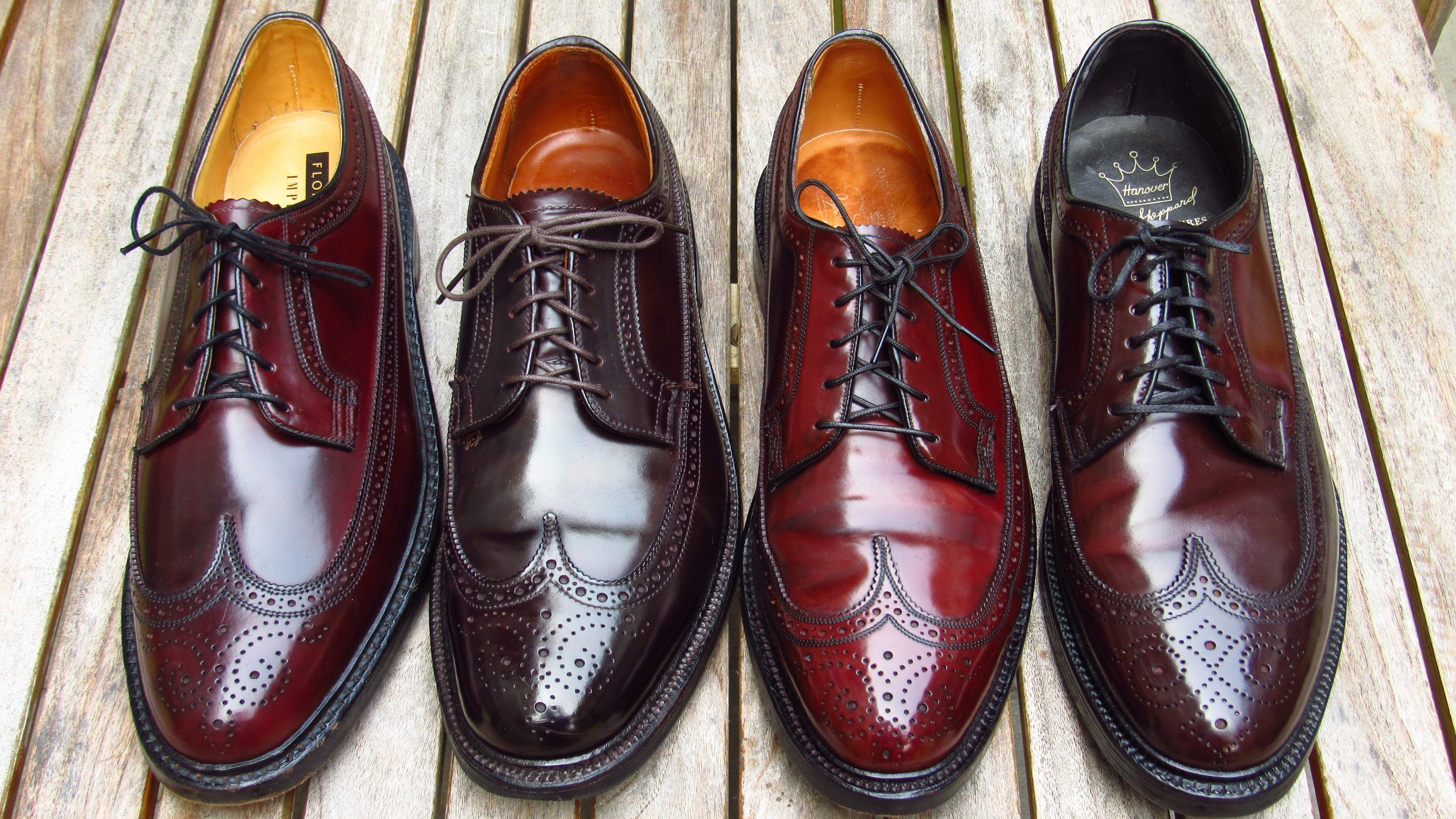 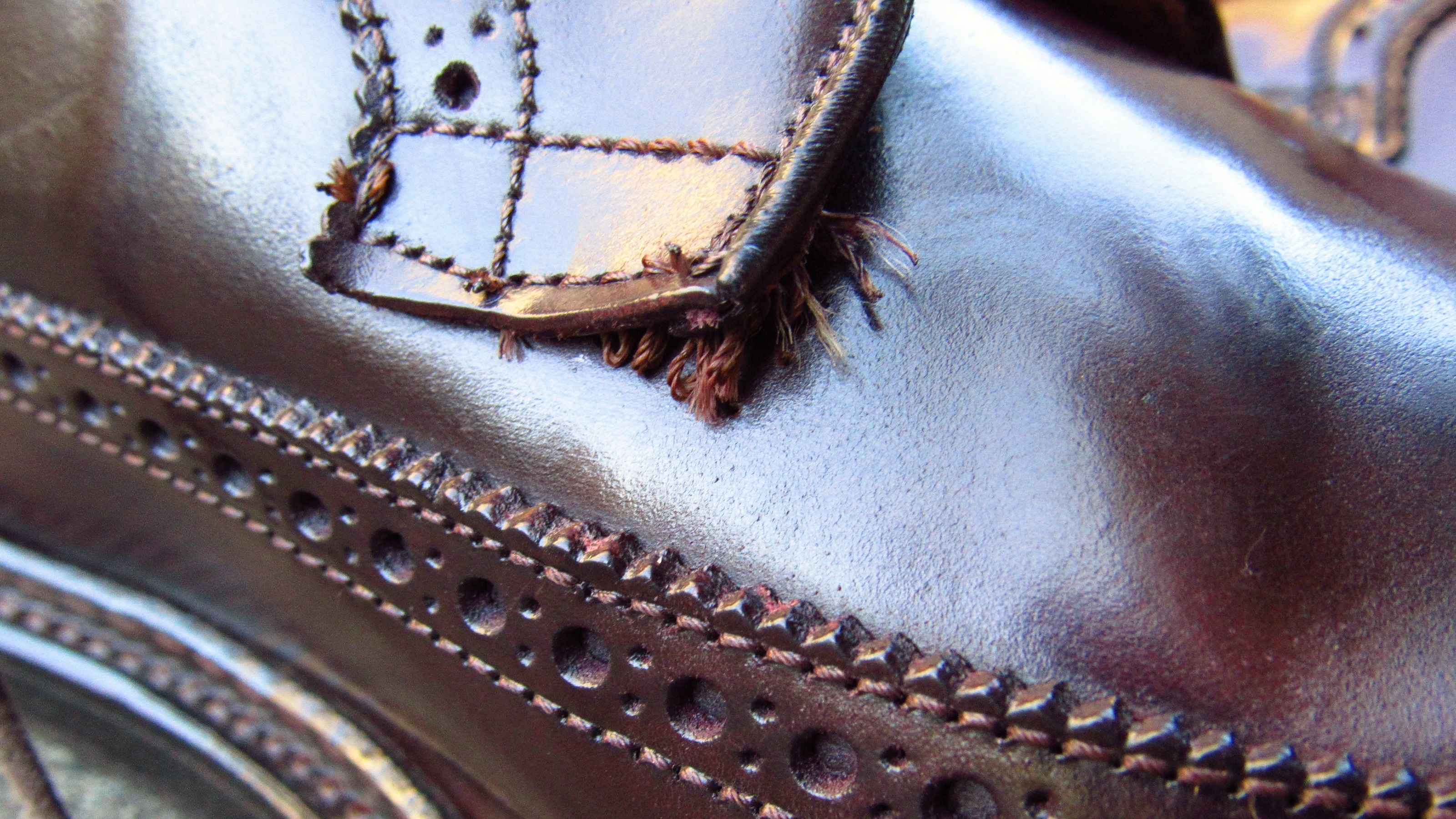 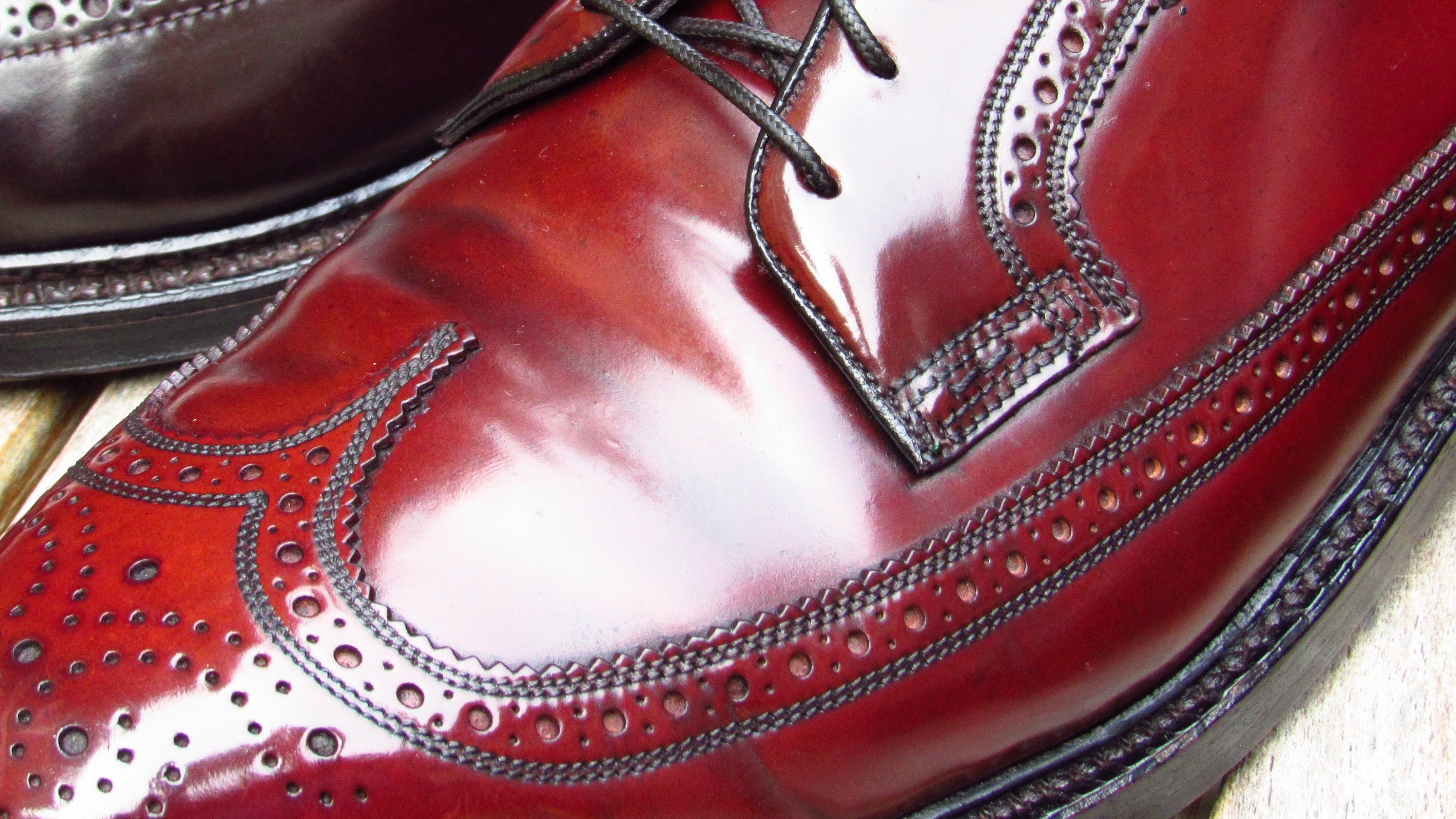 The Alden 975 measures about the same as the Florsheim but when wearing the 975, it looks more substantial than the Florsheim. The Alden toe box has a bulging, rounded shape while the Florsheim is more pointed and symmetrical. This makes the Florsheim look sleeker (if it is possible to describe a long wing as sleek (I just did)).

So which pair is better? I would give the slight edge to the Alden. When I travel for business and feel the need to bring a Shell Cordovan long wing, I generally take the Alden. The darker Alden is less flashy and the enhanced traction is preferable when you are going to a new, unfamiliar location. But both shoes are great and you can see why they are popular. So buy both.

POSTSCRIPT: Based on a recommendation from a reader below, I sent the Alden shoes to the Alden factory for repair. Alden fixed the stitching in about two weeks. Alden didn’t charge me for the repair. Excellent service. 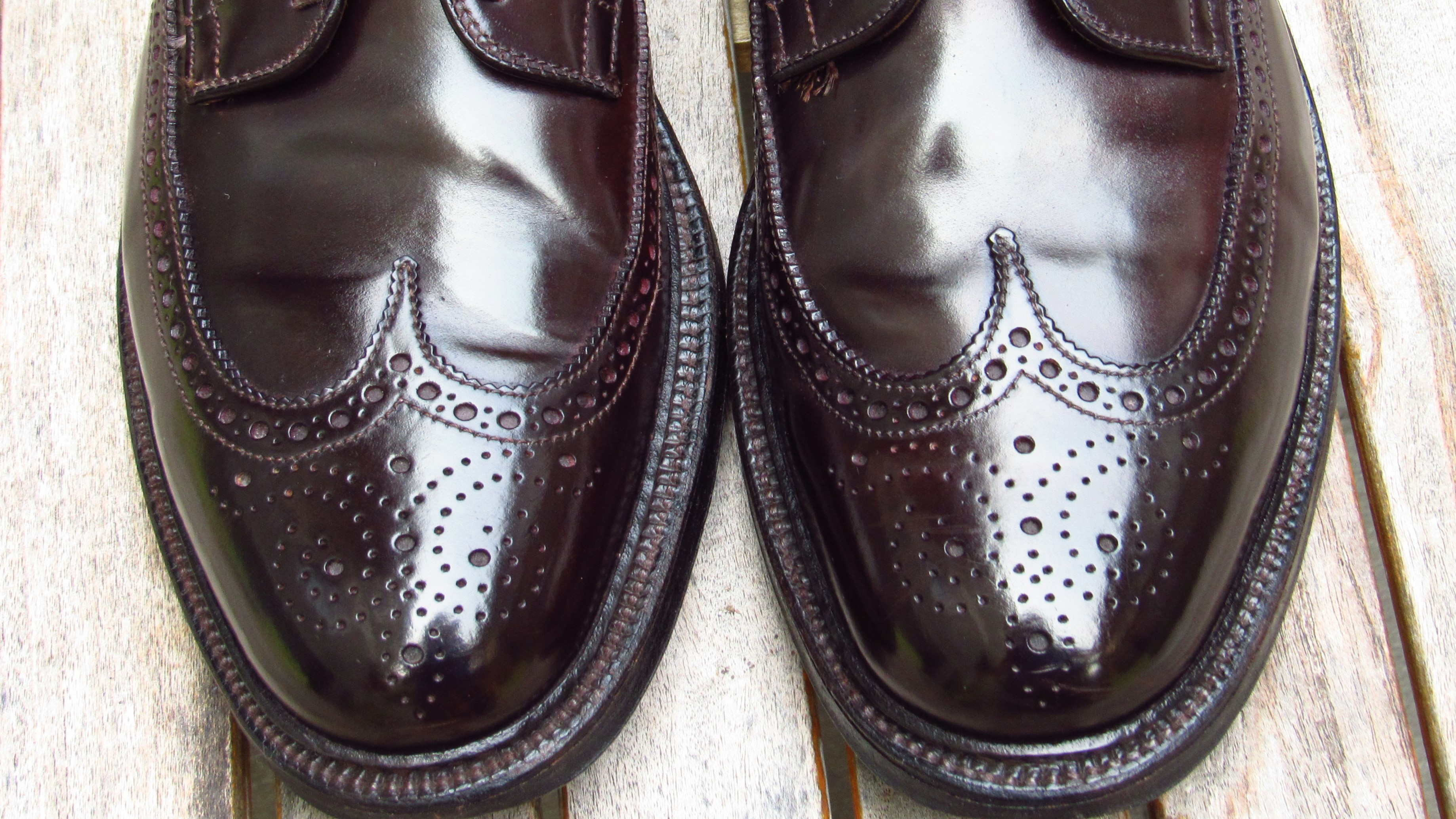 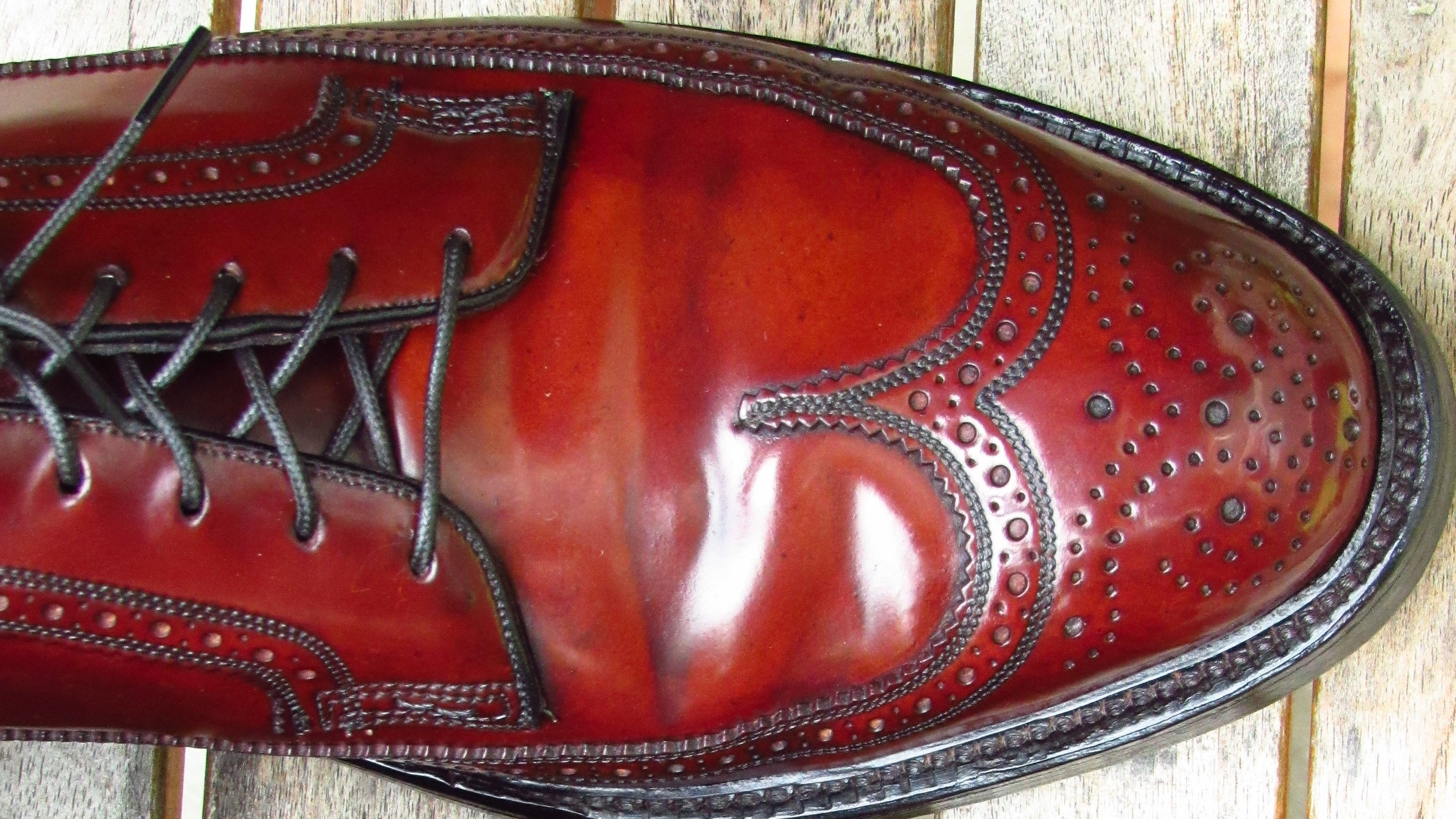 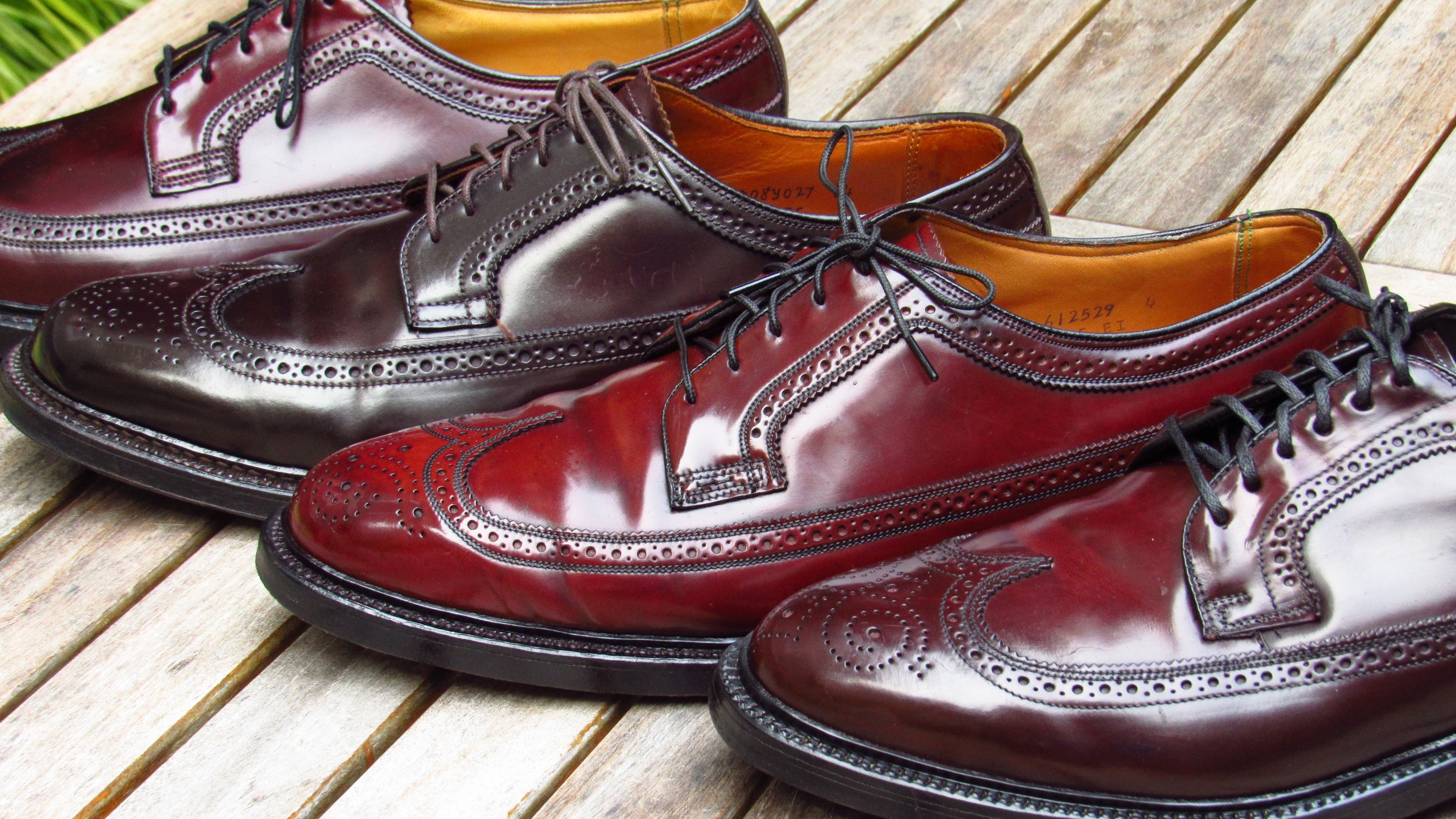 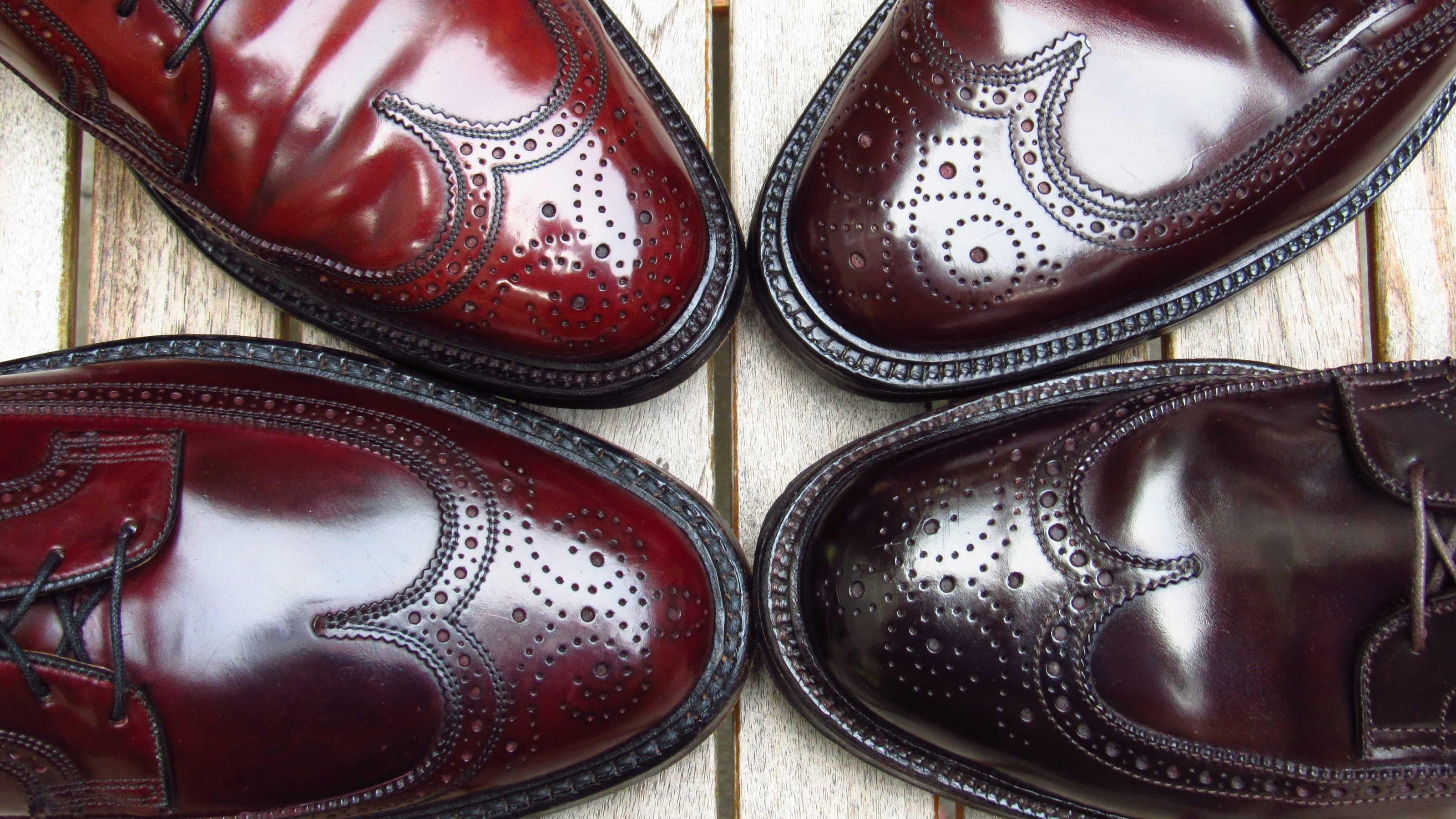 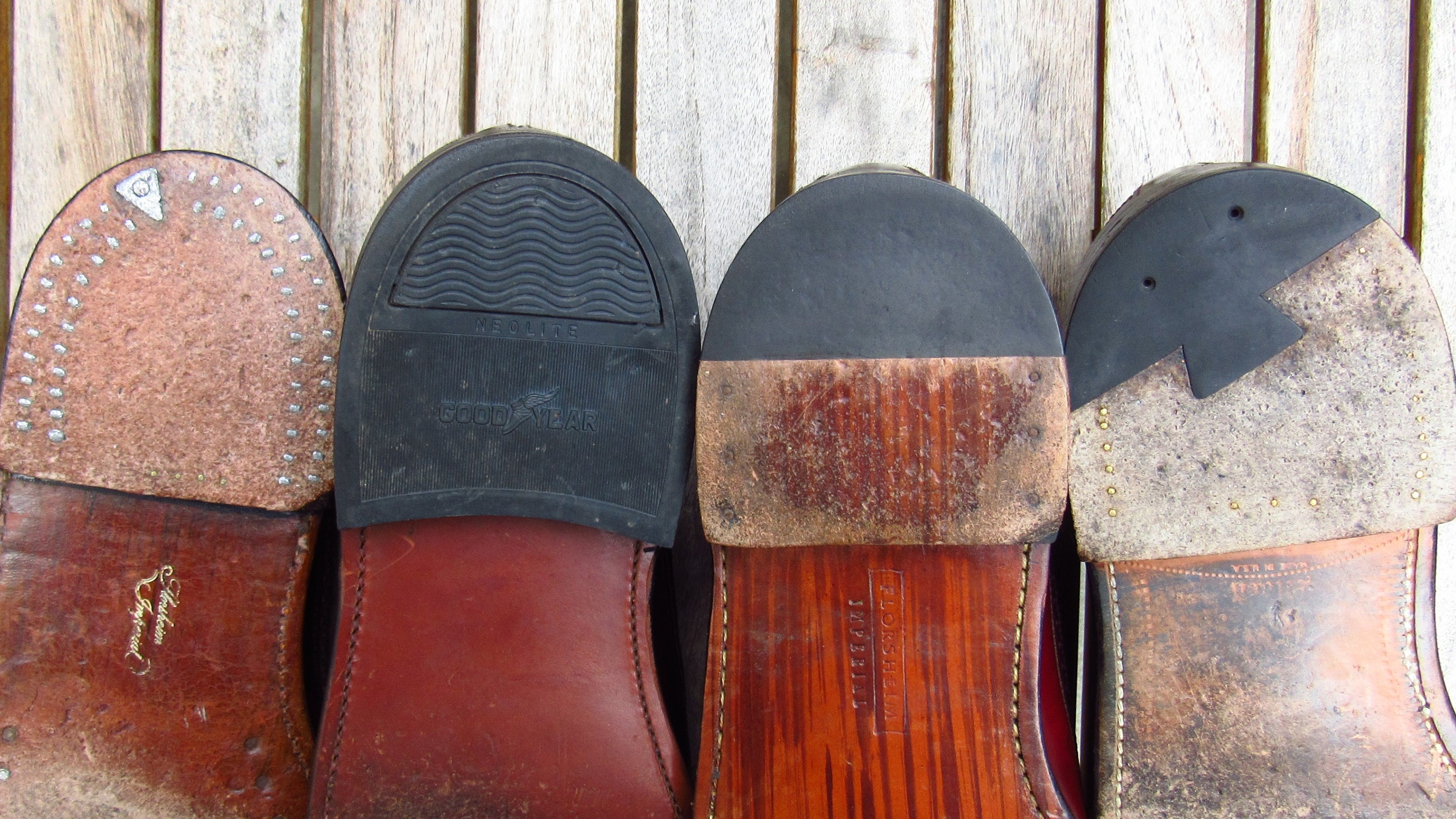