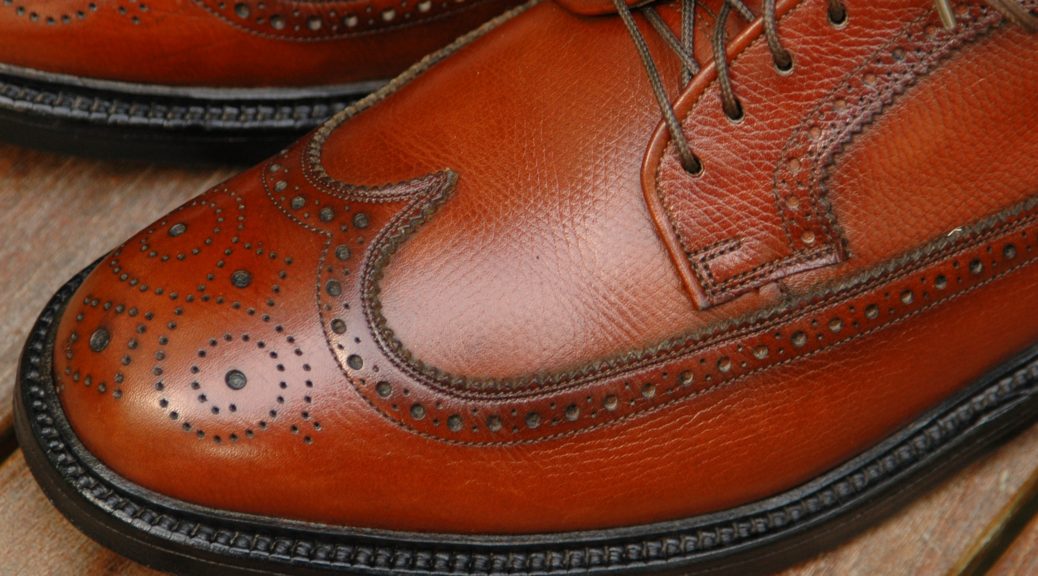 Donald: Melania, I need my Allen Edmonds Park Avenues. The black shoes
Melania: Of course they are. Except for my soles.
Donald: No, my shoes
Melania: You do not have Louboutin
Donald: Nevermind. Paul Ryan. He is so IRRELEVANT. He can’t stop us from making America GREAT AGAIN
Melania: I always wear Italian

Maybe that shoe conversation happened between the Donald and his wife. And maybe it didn’t. And maybe the Donald sold me his French Shriner shoes that he wore at Fordham University. Its possible. These French Shriner shoes were made in the 1960s. Donald Trump went to college in 1960s. And according to the Google, Trump wears a size 12. These are a size 11.5. Donald doesn’t smoke and these shoes didn’t stink like smoke. Coincidence? I think not. Anyway, the Donald is now $30 richer after his eBay sale to me. That’s worth at least a couple taco salads. ¡Muy bien! 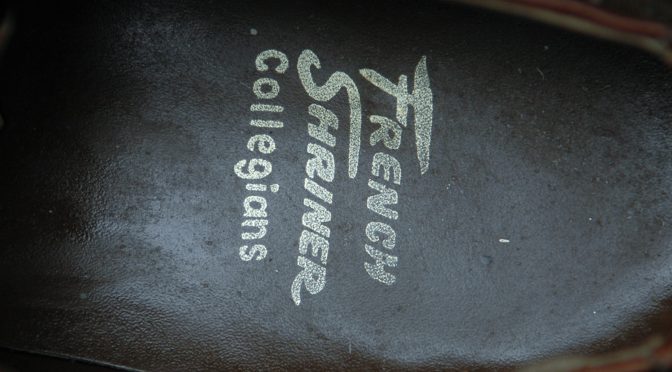 I don’t know the specific year these shoes were made but many shoe companies marketed “Collegian” shoes in the late 1950s and 1960s. Collegians were generally hipper styles at a lower to mid price point. Longwings are always hip, right? Also, French Shriner used the logo above throughout the 1960s. The company had a third name (“Urner”), which was made increasingly smaller over time and then dropped entirely in the 1950s (#LittleUrner). Below is a 1959 French Shriner ad that lists their shoes as ranging from $23 to $75 ($188 to $615 USD in 2016). And vintage French Shriner shoes are still selling between $23 and $75. SAD. 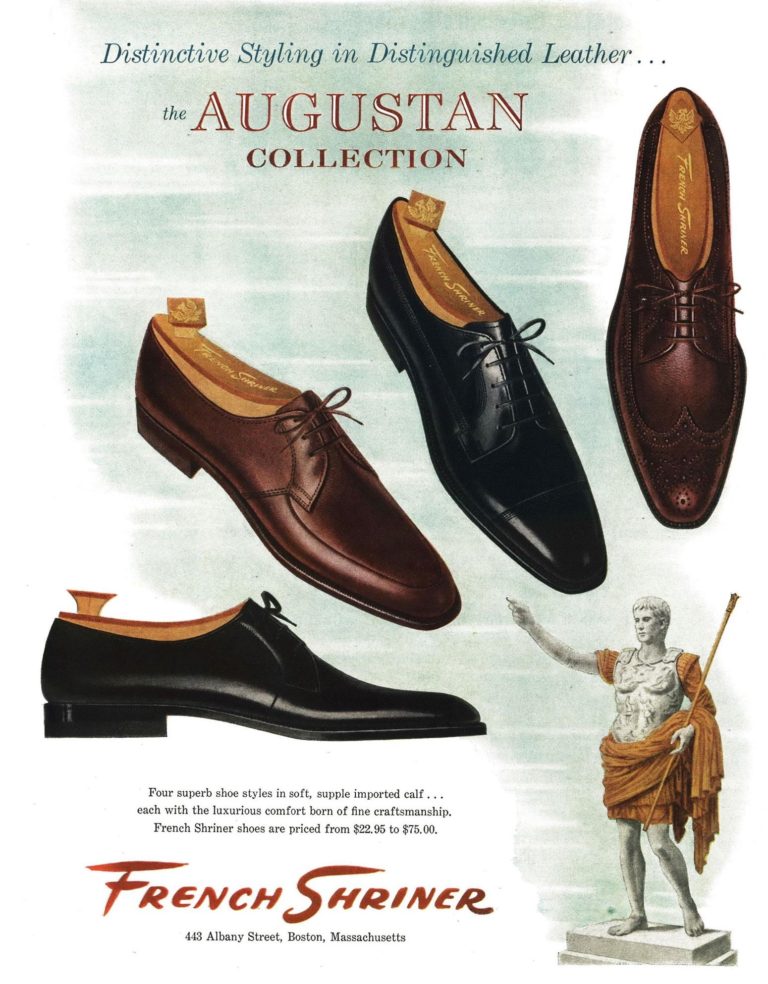 In the 1970s, French Shriner switched to using a French horn as a logo (clever but why not have a logo of a Shriner blowing a French horn?). This logo change was after the company was purchased by United States Shoe Corporation. US Shoe Co later moved French Shriner manufacturing from Boston to the Freeman Shoe Factory in Beloit, Wisconsin.

Back to the shoes. The Donald obviously did not wear these shoes much. And didn’t clean them. Or polish them. Or even use shoe trees. PATHETIC. But the shoes are well built. They are all leather and fully leathered lined. I would rate them better than the Florsheim Varsity in the previous post.

These are some photos from when I first received the shoes. 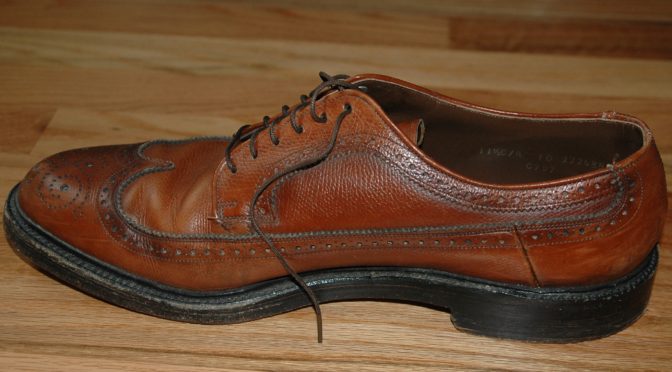 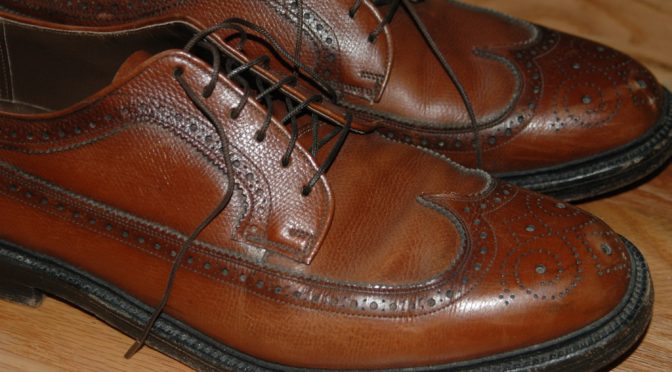 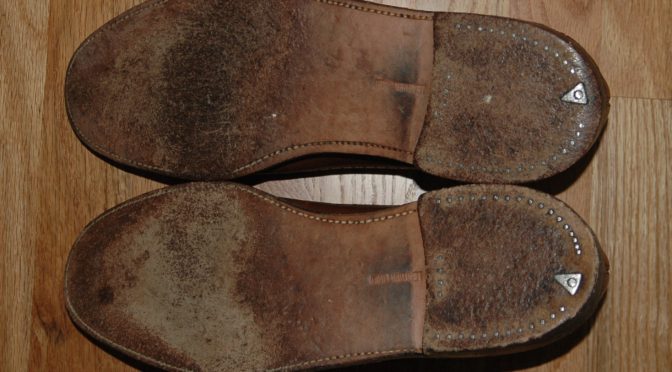 I started restoring the shoes with a vigorous brushing and then a wiping with a damp cloth. After that, I used Allen Edmonds saddle soap to clean them and followed that with Lexol NF Neatsfoot to condition the shoes. These are some photos after cleaning and conditioning. Much better. 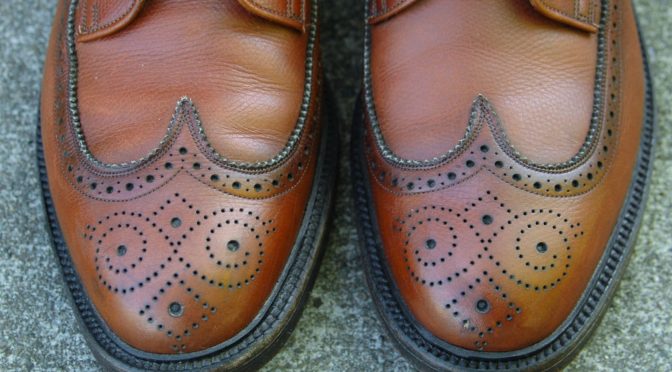 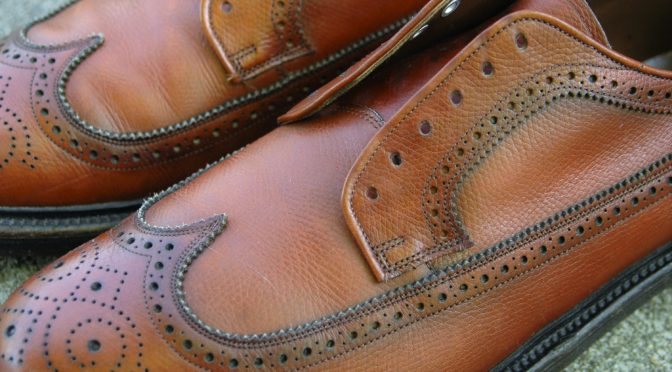 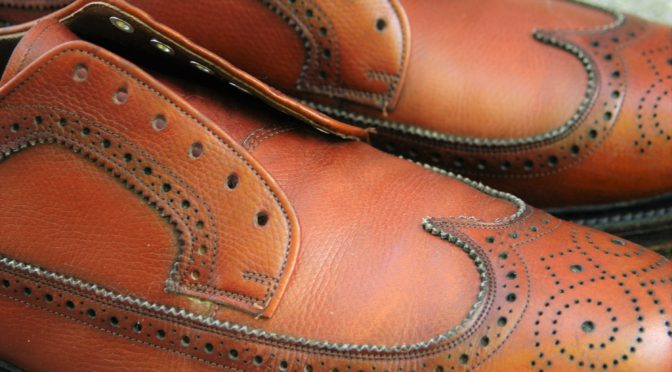 For polishing the shoes, I began with Allen Edmonds Light Brown Shoe Cream. It is a high pigment cream and I have had success with it on other shoes. Then I did two coats of light brown Meltonian shoe cream. I also applied one application of Tarrago Midnight Bleu to the medallion area of the shoes. The blue darkens and brings out the broguing. And finally I applied a tiny amount of Allen Edmonds Carnauba wax to the tips. I edged the soles with Lincoln Black Sole and Heel Edge Dressing. 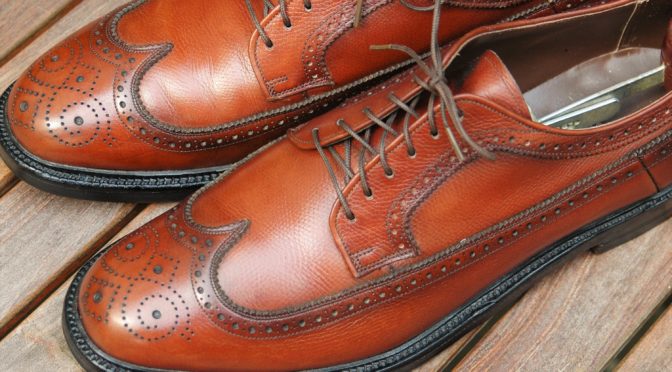 I made the shoes GREAT AGAIN. But Trump can’t buy them back. Here are more photos of the finished shoes: 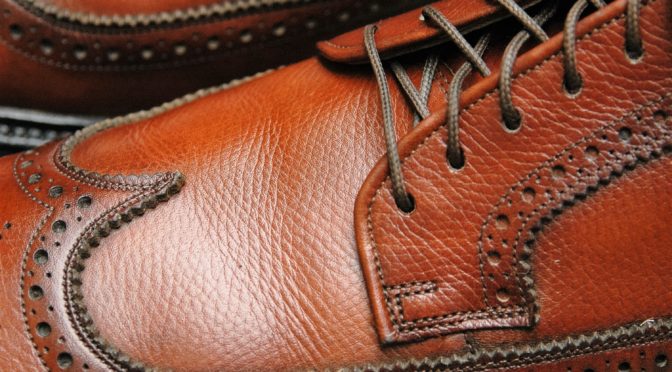 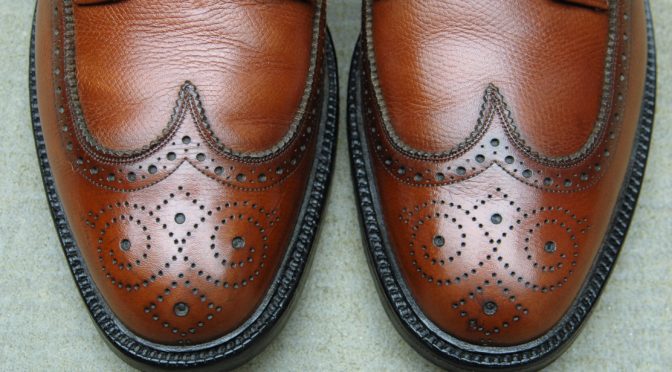 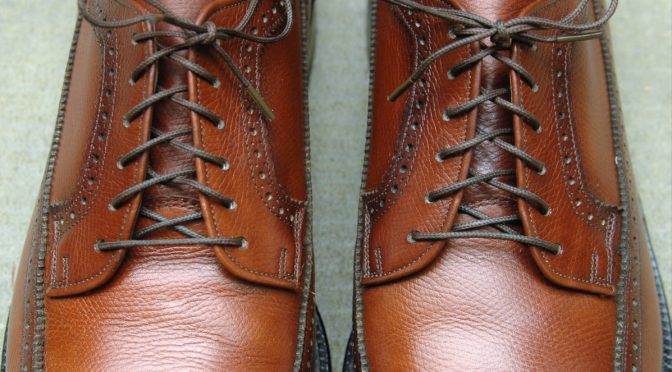 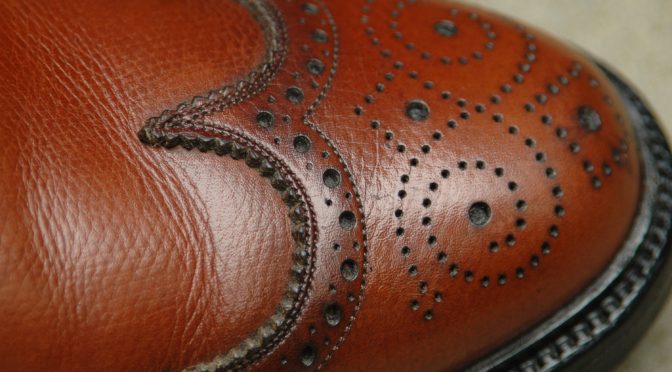 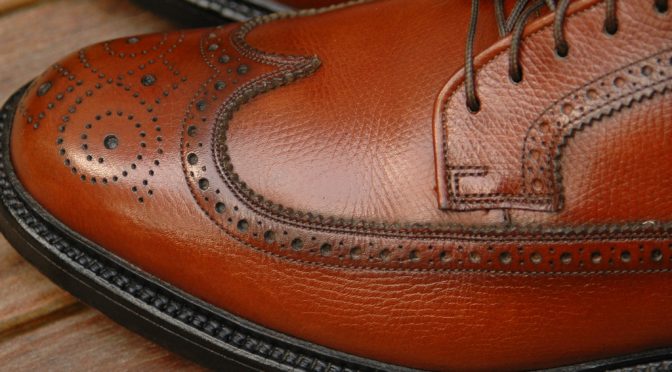 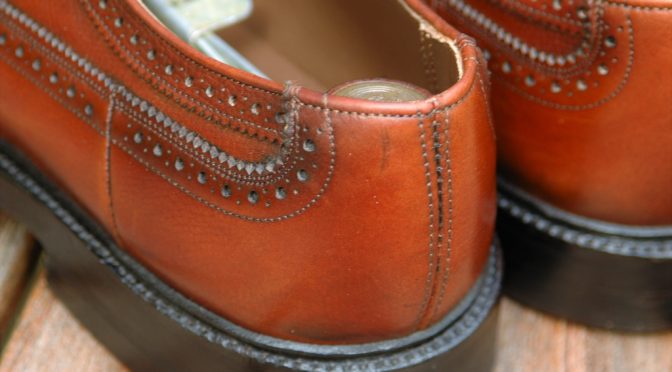 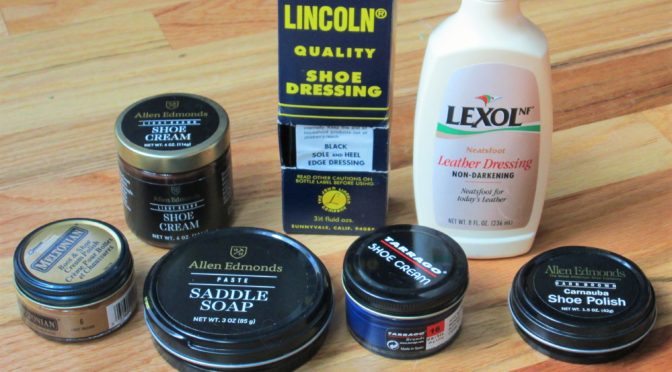