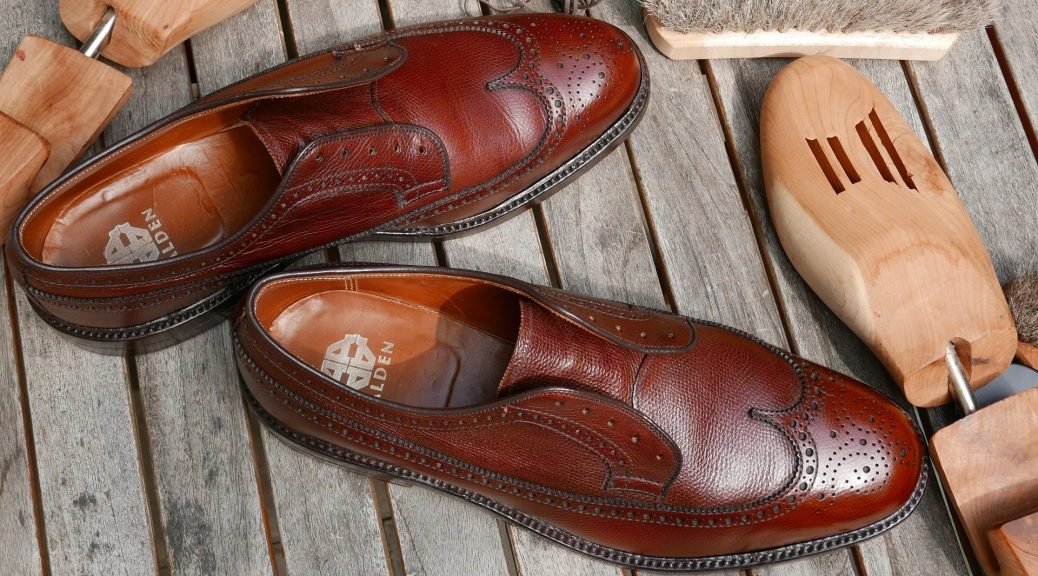 Welcome to 2020 vcleat.com. Finally. New decade. Same old shoes. I am not sure what the last decade was called. The teens? Maybe someone has named it. If the name hasn’t been solved, I trust that we (humanity), will solve it one day. We’ll solve the Cleveland Browns too.

During the decade that I can’t name, I picked up this pair of vintage Alden long wings, model number 977. The pair was in my size and had light wear. The Alden 977 is a pebble grain long wing with a Goodyear welted double leather sole built on the Barrie last. And this particular version came with a v-cleat leather heel. A v-cleat heel on an Alden pair is rare and made me think these might have been made in the 1960s. 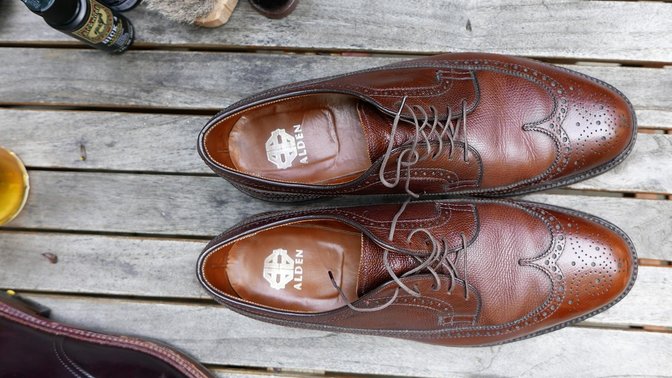 It’s uncommon to find any vintage Alden pairs because before Alden became “Alden” sometime in the early 2000s, the company was a lower volume American shoe manufacturer whose business appears to have been split between making high quality orthotic and medical shoes and premium pairs sold through Brooks Brothers and various men’s shops. Management’s decision to not sell out and focus on these core businesses allowed Alden to avoid the great American shoe industry Götterdämmerung. 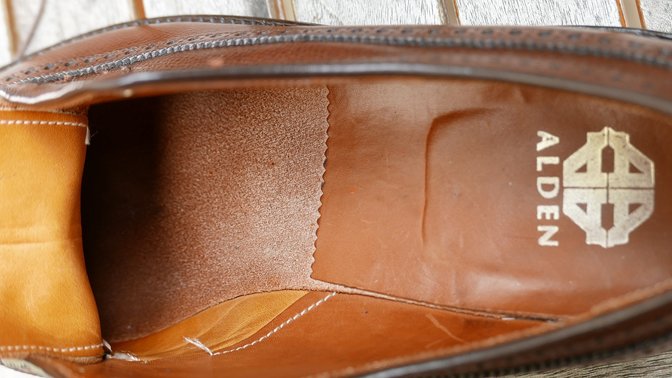 There isn’t a lot of information on dating vintage Alden pairs on the world wide web. People would rather write articles on topics that readers deeply care about. Like Megxit. Searching trademark databases though revealed that this pair’s Alden AAAA logo was trademarked in 1975. The trademark application lists the first use of the logo as 1972. So the pair had to be made after the beginning of 1972. More Roger Moore than Sean Connery. 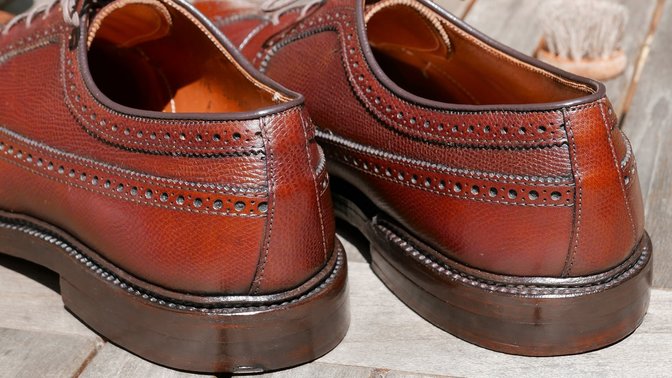 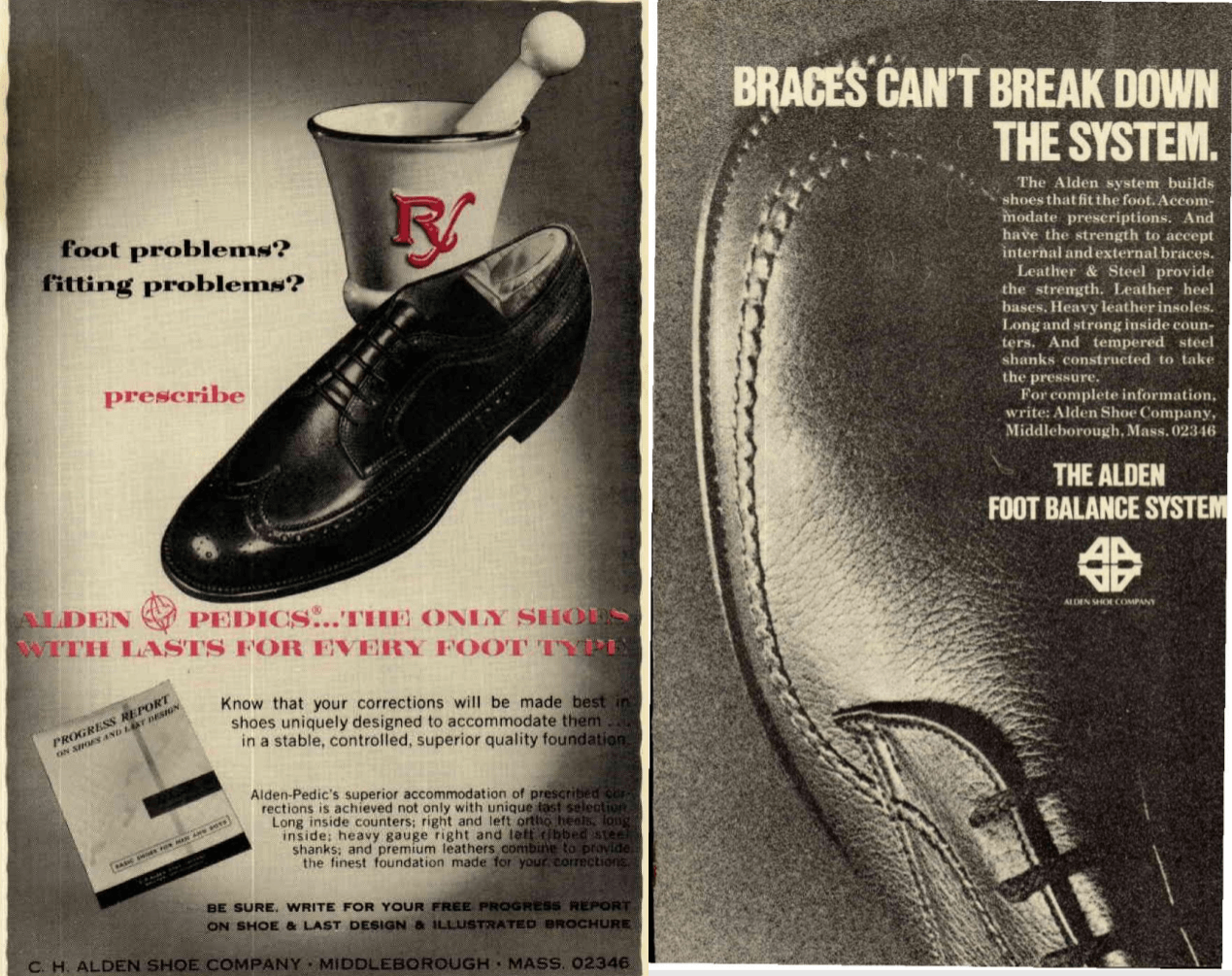 Alden uses a two character date code in their shoes. The first digit of the date code is the year and the second character represents the month. The date code in this pair is “5D” meaning they were made in a year ending with 5. If the pair was made after 1971, that left 1975, 1985, 1995, 2005 and 2015 as potential years of manufacture. Searching more newspaper ads, I found that the AAAA logo was largely replaced with the current Alden crest in the early 1990s. And the pair’s v-cleat heel likely meant 1975 rather than 1985. Thus, I am calling this pair as being made in 1975. 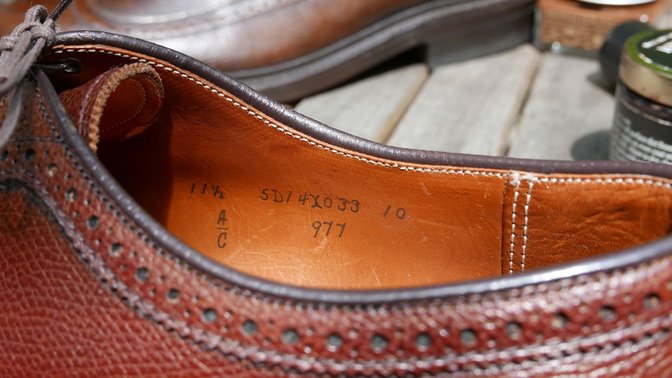 Fixing up the pair was fairly easy. The shoes had limited wear and mainly needed to be cleaned and conditioned. I used Lexol Cleaner to remove the years of dust from the upper. The welt was cleaned with a Sonicare toothbrush. The upper leather was conditioned with multiple rounds of Bick 4. 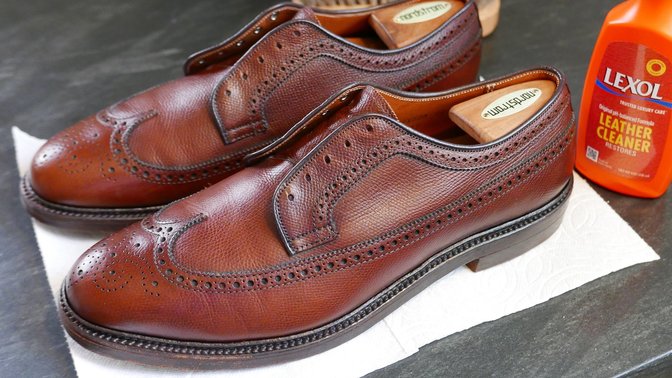 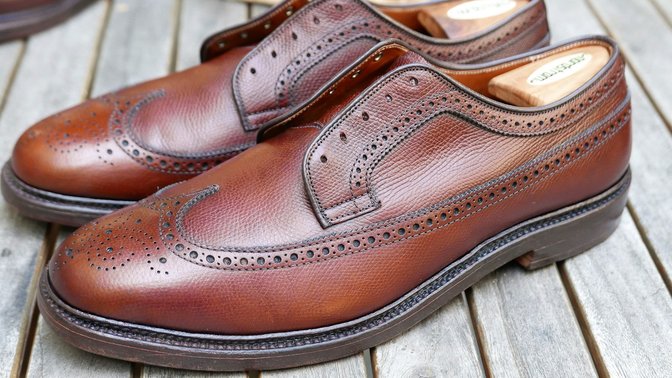 When applying one of the rounds of Bick 4, I massaged the vamp leather with my thumbs. This helped ease some of the creasing in the leather. It was a technique I saw in a Bedos Leatherworks Youtube video. The creases did come back somewhat though after wearing the pair. 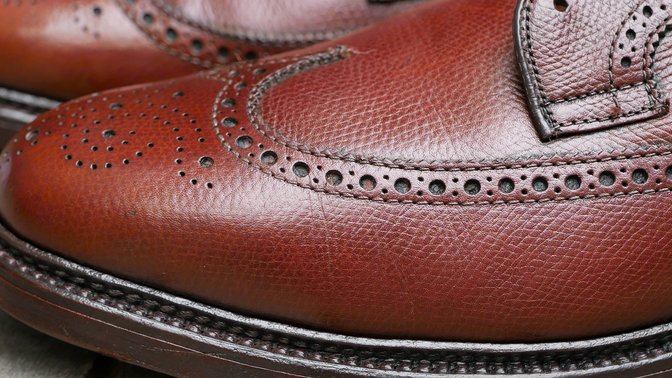 The leather was a bit dull, so I gave the pair two rounds of Saphir medium brown cream. I also burnished the broguing a bit with Allen Edmonds Dark Brown cream. I finished the shoes with dark brown cream on the sole edges. 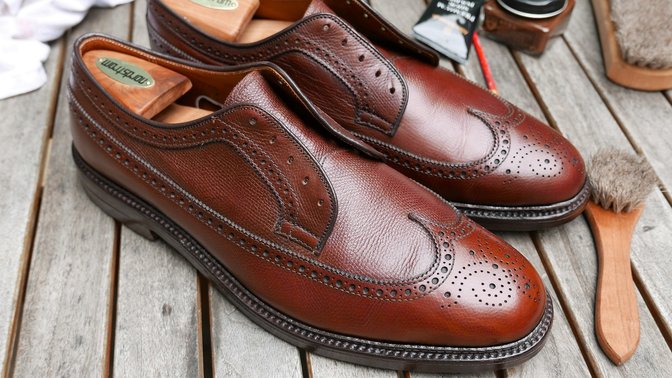 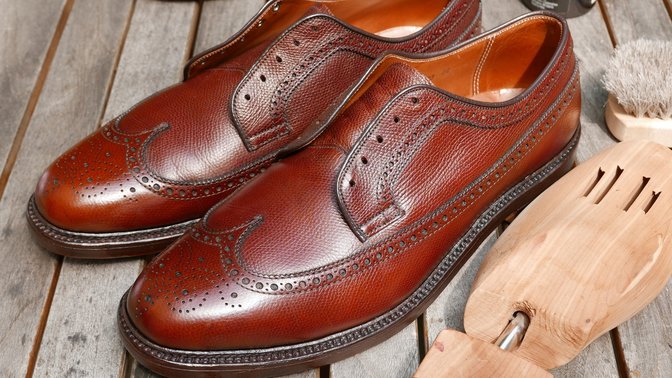 The Alden 977 is basically the same shoe as the Florsheim Imperial Kenmoor 93602. Alden has discontinued the model (I believe), and it’s rare to find a pair on eBay. In 2016, I tracked over 1000 eBay sales of the Florsheim Imperial 93602. In that same year, just two Alden model 977 were sold on eBay. It’s quite possible Florsheim outsold Alden by 1000 to 1. This is how I imagine the 1975 sales forecast looked. 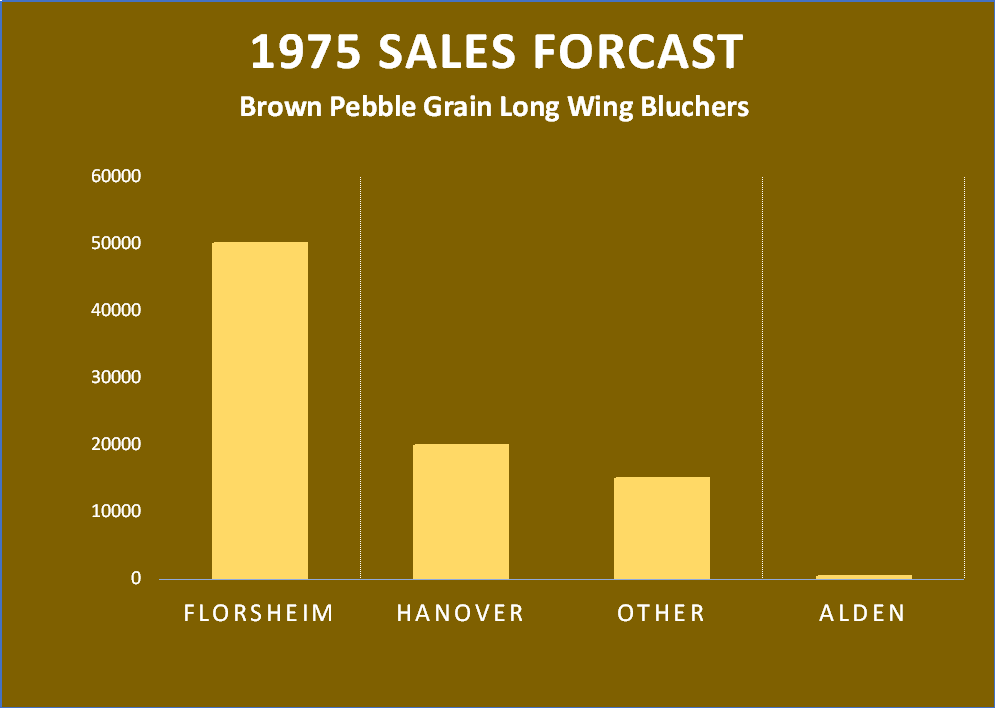 Even though Florsheim outsold Alden by a wide margin, Alden ended up having the lasting success while Florsheim exists today in name only.

Comparing the Alden 977 to the Nettleton 0205 and Florsheim 93602 models from the same era, the shoes are more similar than not. Each use soft pebble grain leather on the uppers along with double leather soles with storm welt. The pairs are fully leather lined. All are great shoes. Wearing any of them will make your eyes sparkle and give your voice a smooth, measured confidence. Men will admire you and women will want to be with you. Without a doubt. 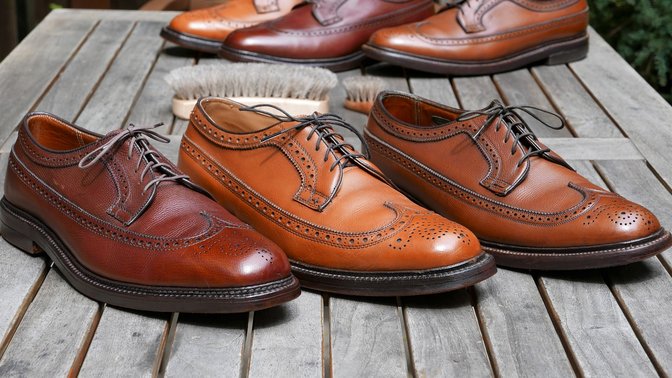 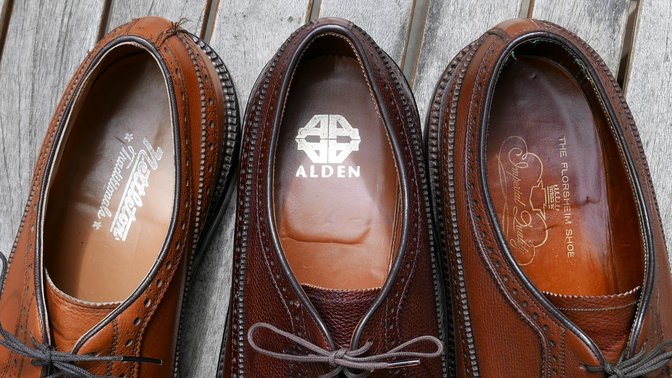 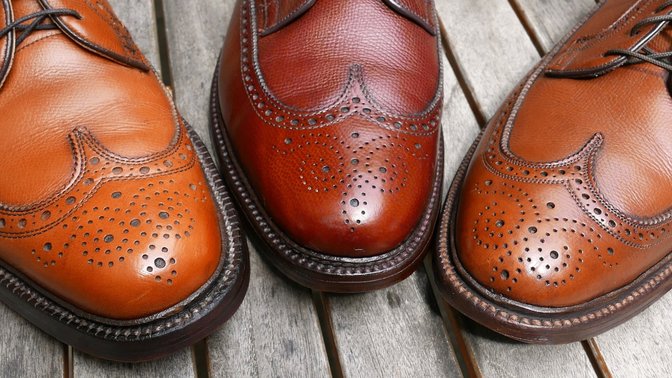 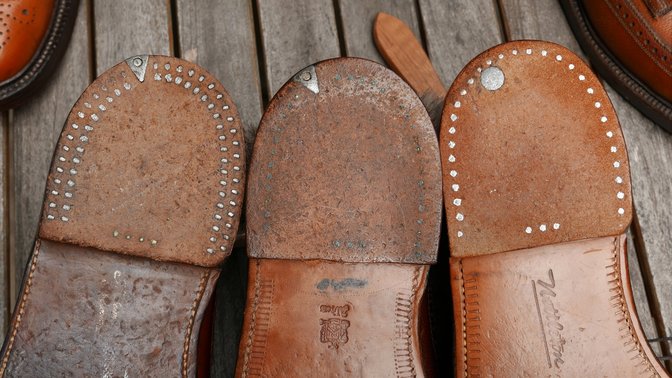 Below are a few more photos of the pair. Enjoy. 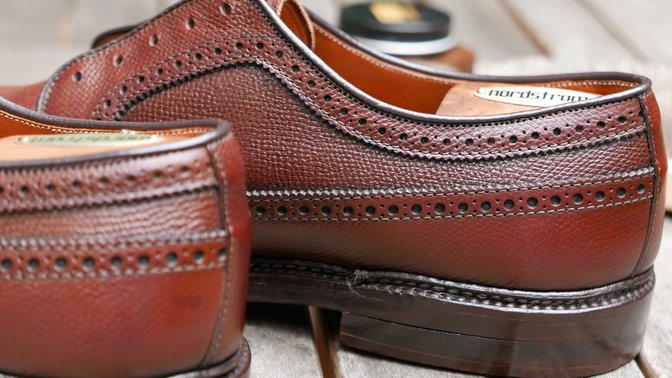 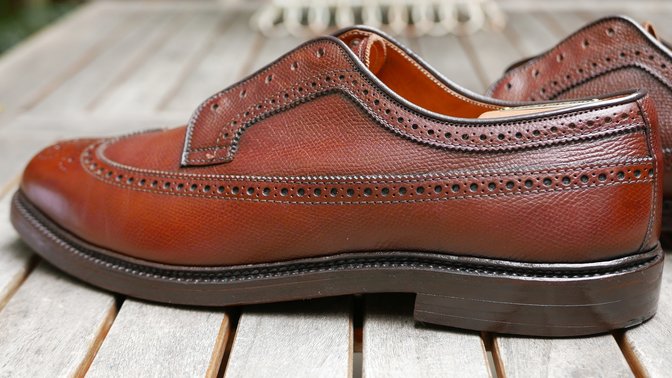 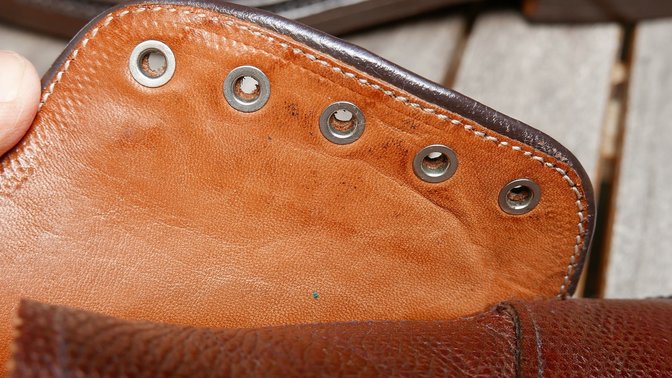 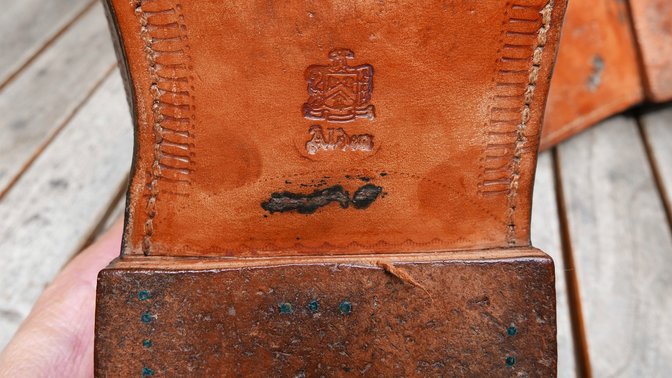 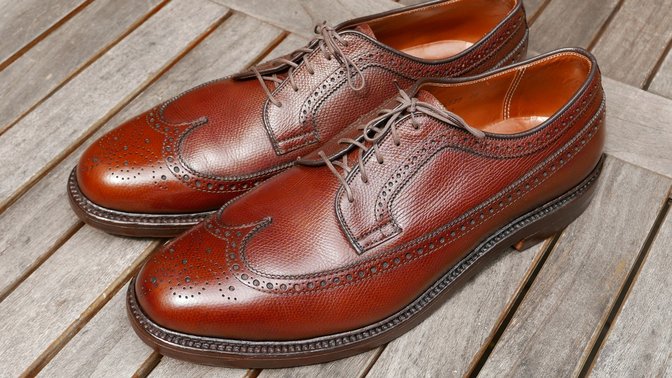