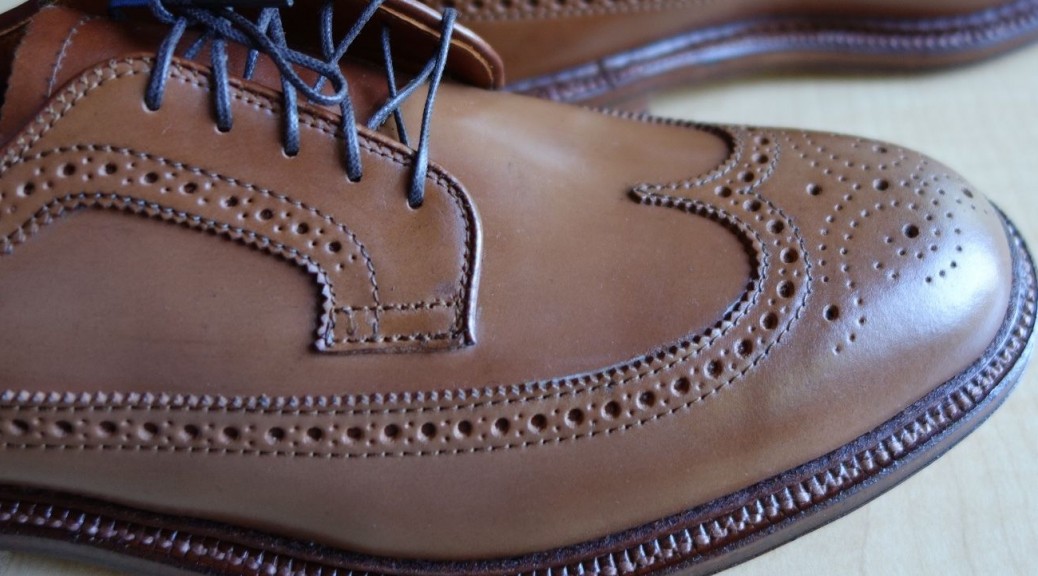 The first thing that jumps out about this listing is, “Wow”, those are good looking shoes. A close second is, “Wow”, that’s a lot of money. $1300 is a lot of money even for a pair of Alden shoes. For that price, I could get a pair of Shell Cordovan 975 Long Wings AND a pair of classic black 907 cap toe balmorals. And probably a coke. 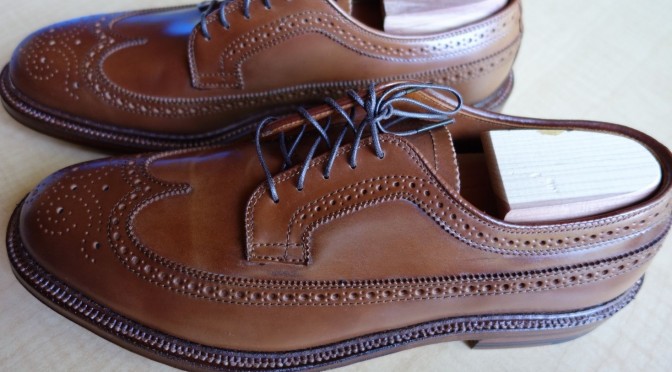 The listing description has a story that isn’t uncommon on eBay – guy buys an expensive pair of shoes, can’t/won’t wear them, and then sells them after a few years. I don’t know the guy but maybe he was saving them for a special occasion that never came. Or maybe he just couldn’t bear to scuff up the “Horween Genuine Shell Cordovan” stamp on the sole. I am guessing the latter.

A few questions ran through my head. Can you really sell these for $1300? And what if he wore them – how much would a used pair of Alden Whiskey Shell Cordovan 97891 be worth? The Alden 97891 is rare but there have been a few recent listing. So let’s look at them. 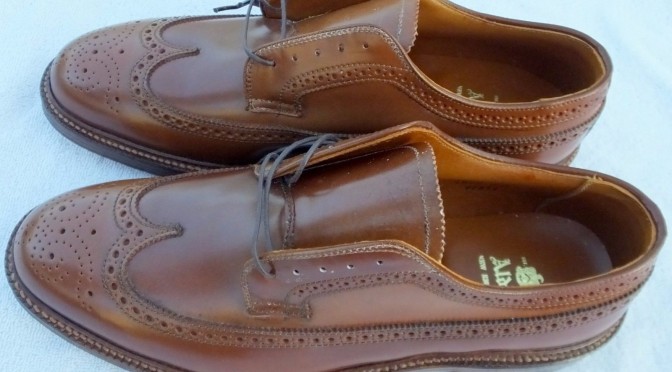 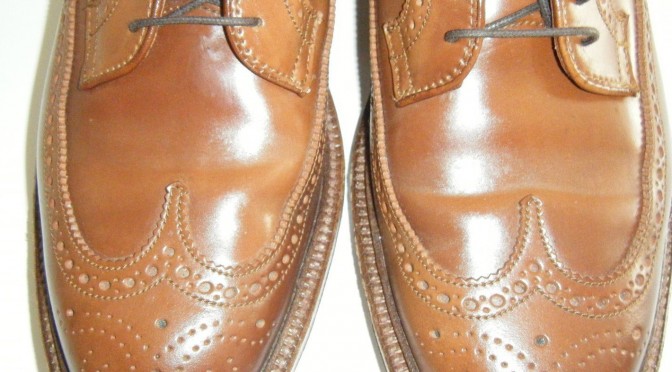 According to one Alden aficionado I have spoken with, Whiskey Shell Cordovan is rare and expensive because it is very light in color. He said leather flaws are easier to cover up in Color 8 or Black Shell. I don’t know if that is true but it sounded legit. He also was wearing Whiskey Shell Aldens when he told me this. Sadly, I don’t have Whiskey Shell Aldens. I have a hard enough time justifying friends and family why I own 30+ pairs of shoes. But I don’t need to justify that fact to anyone reading this blog post, right?

What would you do? Would you wear them? I would like to think I would since those shoes NEED to be worn. But maybe not.