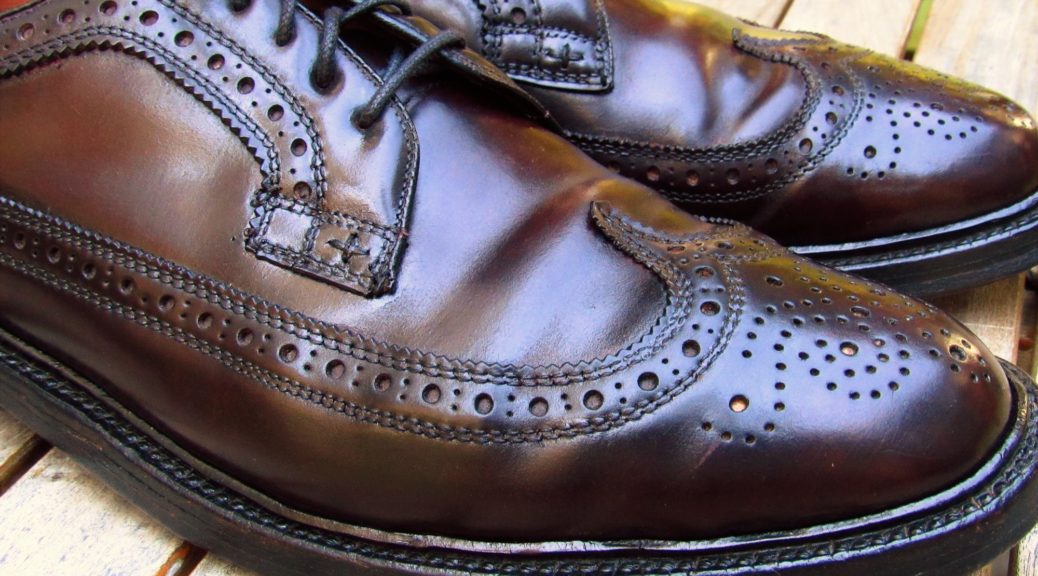 Nettleton was a maker of premium shoes and based in Syracuse, New York. The firm was founded in 1878 and went through a number of owners between 1968 and 1990 when it closed. The company made great shoes and I have written a number of posts on various pairs.

The model number for Nettleton shoes is located on the second line of the shoe model information on the inside of the shoes. In this case, it is model “0208”

This is model “4063”. Newer Nettleton shoes have a month-year code (“C3” below) and a “HEEL” prefix before the heel width. I don’t know what year this labeling was introduced but I have assumed it was in the 1970s 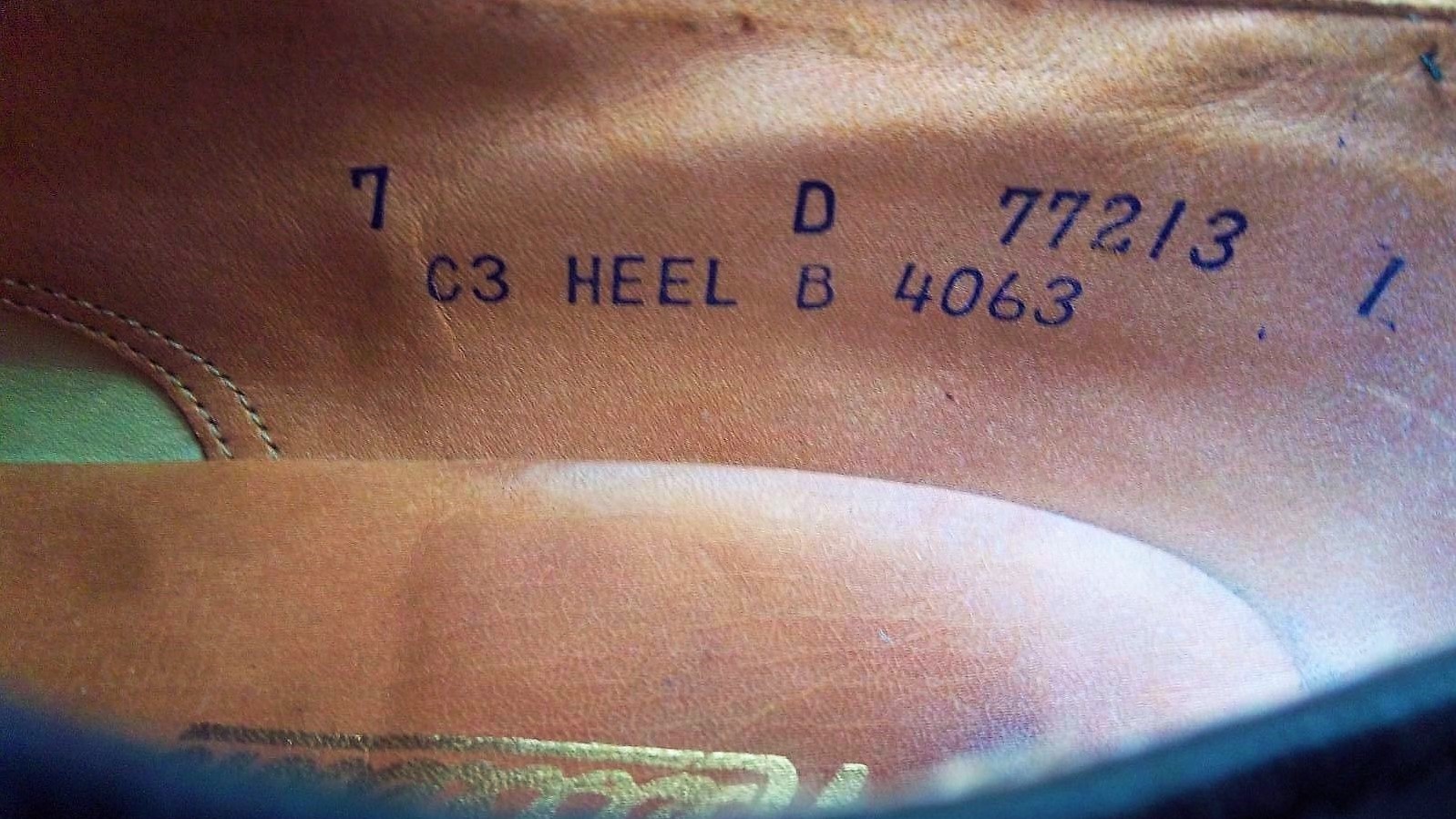